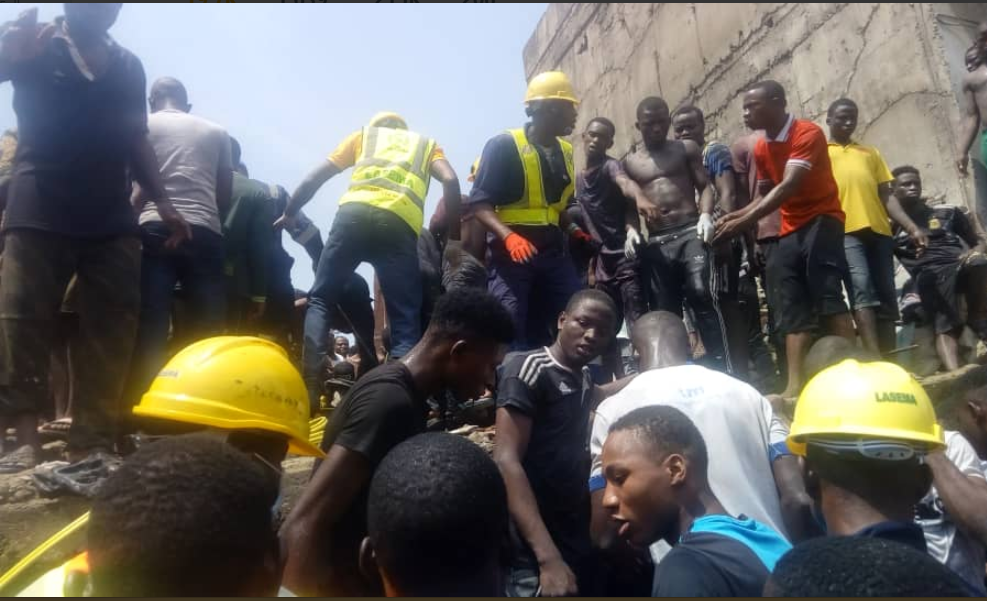 Two people have been reportedly injured after a one-storey building collapsed in Lagos state.

The collapsed building is located at 35, Adesanya Street, Mafoluku area of Oshodi.

The Lagos State Emergency Management Agency, LASEMA, via its Twitter page, confirmed that the building collapsed with two people trapped.

It said the building was undergoing illegal repair when it caved in.

“A storey building at the address suddenly came down with two people said to be trapped and rescued and taken to a nearby hospital by neighbours before the arrival of the Agency’s LRT.

“The building was undergoing illegal renovation before it collapsed this morning. There is an urgent need for complete demolition of the building before it causes any further disaster,”it said.