According to Kingtblakhoc’s new girl, she revealed that she has slept with Hushpuppi, E-money, Obafemi Martins and many other Nigerian celebrities because she doesn’t want him to hear it outside and think she is keeping secrets.

However Hushpuppi who reacted to the claims, simply stated that he doesn’t eat pork. The claims also got the attention of some other Nigerian celebrities who reacted.

Here are screenshots below; 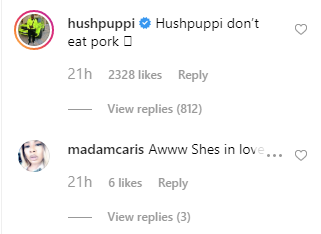 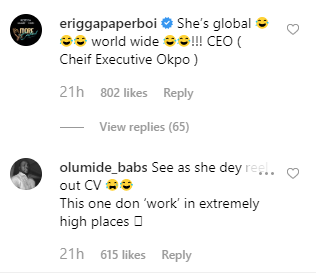 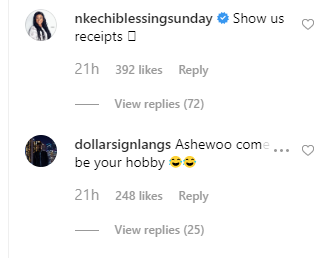