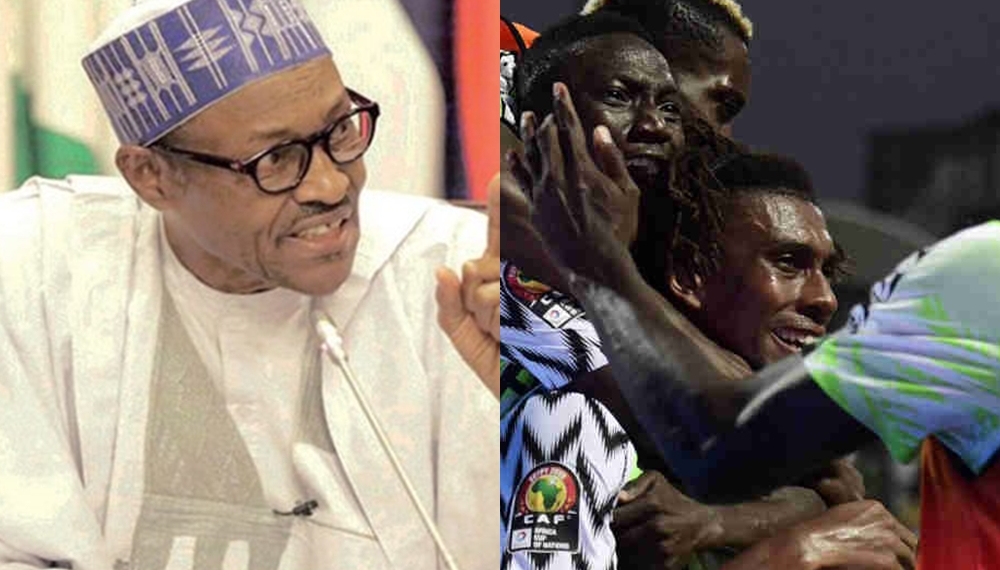 President Muhammadu Buhari has congratulated the Super Eagles for “another spectacular outing that has confirmed Nigeria’s progress to the next level in the Africa Cup of Nations (AFCON) Egypt 2019.”

His reaction was contained in a statement by his spokesman, Femi Adesina after the team’s win over South Africa.

“With a well-deserved victory over the Bafana Bafana of South Africa, President Buhari believes, like millions of other sports-loving Nigerians, that the mission of having the trophy in our hands for the fourth time is almost accomplished for the high flying Eagles”, it read.

“The President urges the team and their handlers to remain focused, disciplined and scale the remaining two hurdles to glory.

“He affirms that the crop of players in the national football team represent the resilient and indomitable Nigerian spirit, which must be reflected in all other areas of national life.

“President Buhari assures the players that Nigerians are praying for them to fly higher and get to the peak of the tournament, knowing that the taste of victory is sweet and what they have achieved so far is pleasing to Nigerians irrespective of ethnic, religious or political inclination.”