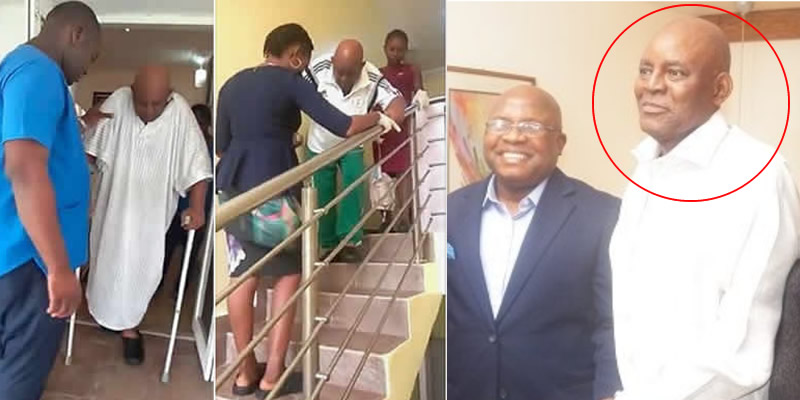 Former Super Eagles Coach, Christian Chukwu back on his feet, returns home after treatment in London

Chukwu, one of Nigeria’s most influential footballers in history who captained the national team to their first Africa Cup of Nations title in 1980, suffered from prostate cancer which affected his leg.

He arrived in London for his final treatment in April with his wife and NFF boss Amaju Pinnick.

Christian Chukwu has finally recovered fully and he has returned to Nigeria after his medical trip in London, See photos below.