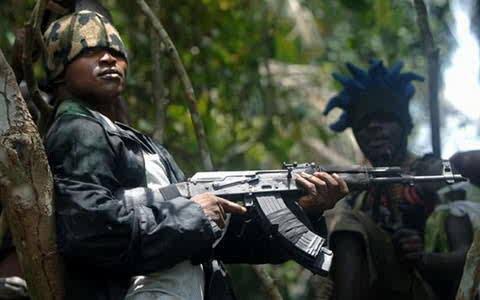 A Naval Warrant Officer, Felix Akanbi has been killed by gunmen suspected to be kidnappers.

Seven other passengers were abducted by gunmen while travelling from Akwa-Ibom state to Lagos en route Edo state on Tuesday.

Reliable source told newsmen that they (gunmen) were armed with AK47 rifles intercepted the 18 seater bus between Ekiadolor and Ovia river bridge along the Benin-Lagos highway and opened fire on the bus.

The source said eight of the passengers including the deceased were selected and abducted into the bush. Newsmen gathered that the late Akanbi could not walk as fast as others and was shot dead

Policemen attached to the Ekiadolor Police Division swung into action and pursued the kidnappers after receiving report of the attack.

The police rescued the seven victims alive and recovered the body of Akanbi after two hours search.

He said the Warrant Officer was about to be retired before his death.

Nwabuzor said the police would do everything to fish out the kidnappers.