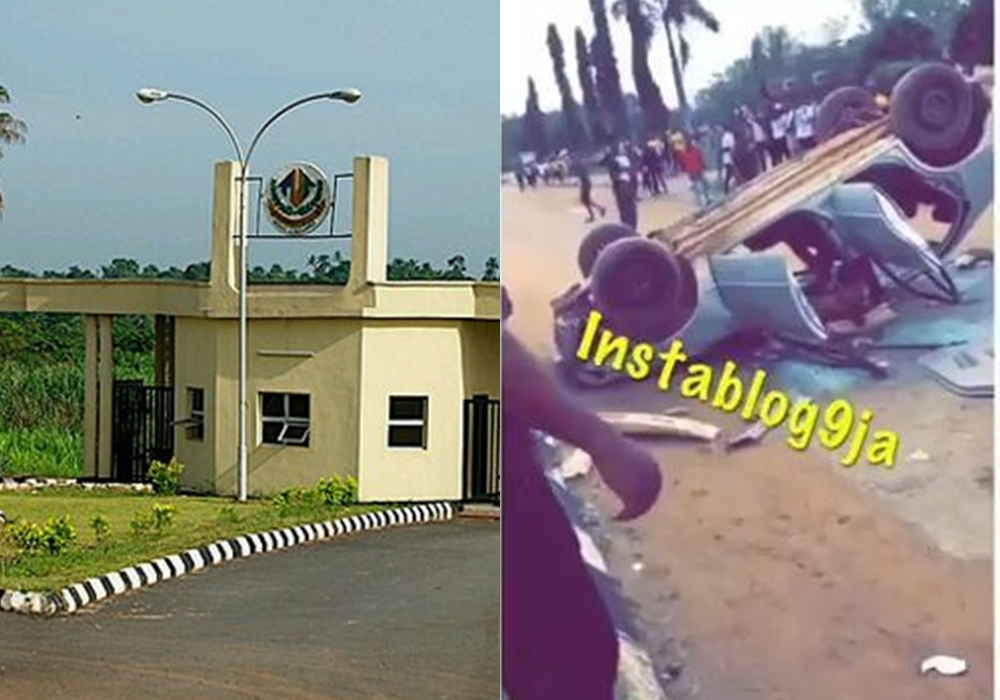 A video has emerged online, showing the moment the students of Tai Solarin University of Education (TASUED) in Ogun state destroyed a vehicle belonging to SARS operatives.

According to local reports, trouble began when the SARS operatives stormed the TASUED campus to arrest one of the students. However, they were confronted by other students who attacked them.

The SARS operatives were reportedly forced to flee as the students destroyed their vehicle. The viral video shows the students hitting at the overturned vehicle with some standing on it.

The current situation of things at the campus is unknown.

Just In: #Tasued students destroy the car of #SARS operatives who stormed their campus to arrest one of them

PHOTOS: Man pretending to be mentally unstable nabbed with lifeless baby in Ogun

‘You Are Living A Half-Life If You Have Just One Wife’, Says Adamu Garba