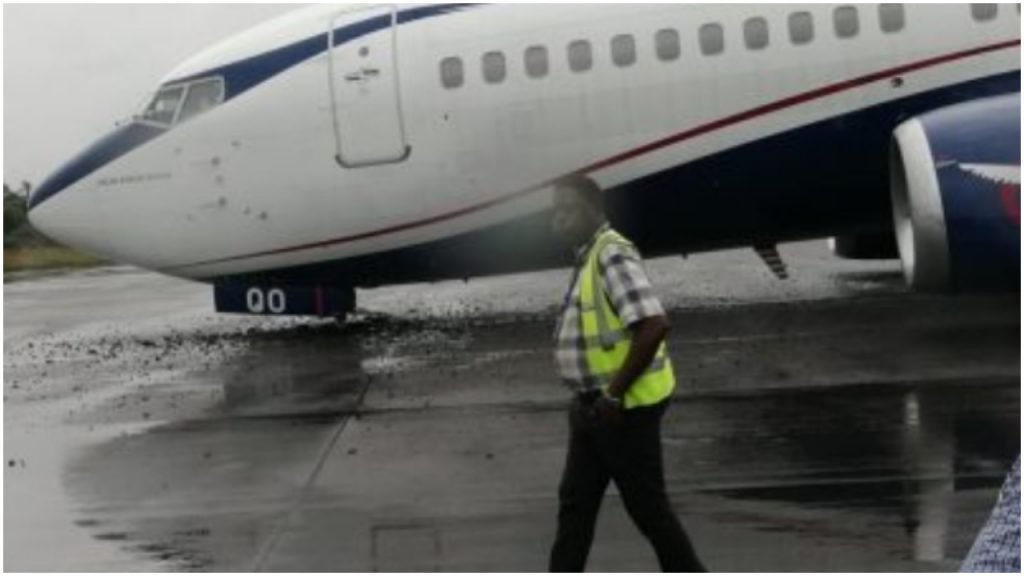 Four days after an Air Peace Boeing 737- 300 made emergency landing at the Murtala Muhammed International Airport, Lagos, Pilot – in – Command of the flight , Captain Simisola Ajibola on Saturday broke silence on the matter debunking claims that she landed the airplane without tyres.

She said the clarification was imperative because of different versions of the incident making the round.

Affirming that the tyre pulled off , after the aircraft touched down at the international runway of the Lagos Airport.

Ajibola said :“We had a very serviceable aircraft. Our aircraft are machines that are well maintained. It wasn’t the first flight of that day. When we flew the aircraft it was perfectly in good shape.

Meanwhile, the Accident Investigation Bureau (AIB) has commenced probe into the incident .

Its spokesman, Tunji Oketunbi said the bureau will soon release a preliminary report on the matter.

Oketunbi said : “It is a cumbersome process. Some components have been retrieved from the airline to help with the investigation. So it will take some time but we are doing everything possible to ensure the report is out sooner than expected.”