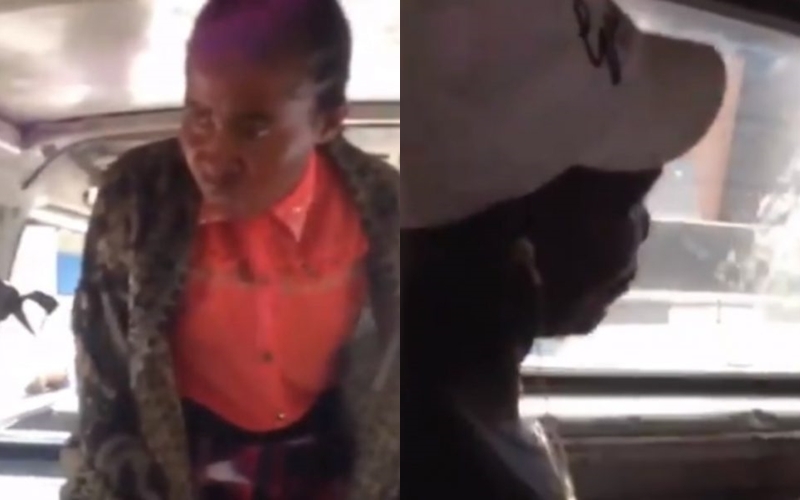 Drama ensued in a commercial bus in Lagos after a Pervert was caught fondling with a woman’s body.

A man in a commercial bus with a military woman was caught rubbing her buttocks from behind on a bus going to CMS from Ajah in Lagos state.

The Military woman who revealed she is a mother of five verbally attacks the man who she caught rubbing her buttocks from behind in the bus as she promises to deal with him.

The woman who was not on uniform did not take it likely with the man after he continued to try defending himself while she puts him in his place.

“Narrating the dramatic scene,  D’Real Osas who was in the bus when it happened shared the video on his page and wrote;

“Yesterday was on a bus from Ajah going to CMS.

“How military woman reacted when she noticed a local man rubbing her ass from the back.

“On getting to Bonny Camp (Military barrack) Woman asked the man to come down. She really wanted to teach this man a lesson. You know Lagos people they begged for the Him. Even Police man begged for him. Local man was in shock and his legs started shaking.