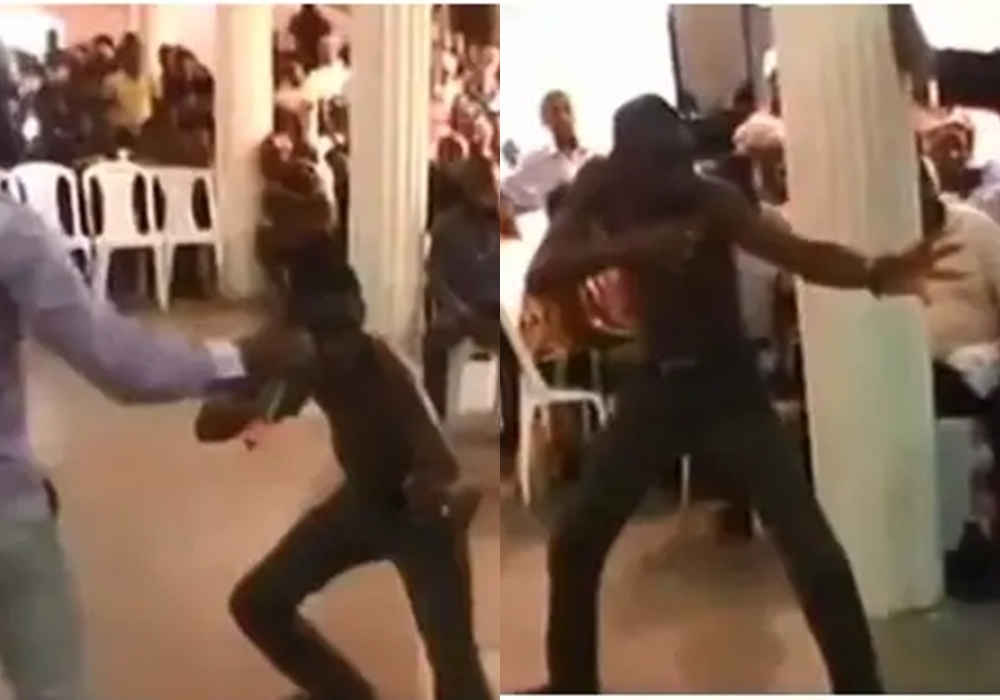 In Nigeria, many religious houses have turned to a sort of comedy going by the theatrics they display from time to time, especially during deliverance sessions.

There is no doubt that Nigerians hold their pastors in high esteem and would rather seek spiritual rather than medical help when the need arises.

In a video making the rounds on social media, a popular pastor, Prophet Odumeje, can be seen fighting with a demon-possessed man during a deliverance session at his church.

In the short clip, the supposed possessed man can be heard insulting the pastor and challenging him to a fight. The man eventually took a karate pose as the battle began.

This is not Nollywood I'll be offended if you say it is, it's a real deliverance service by My Favourite 🇳🇬Prophet Odumeje… 🙌🏿🙌🏿🙌🏿🙌🏿
(Trend) pic.twitter.com/lVDaVlne8A

The pastor walked away then returned to the stage where he started to unleash blows on the demon who later fell back as he tried to escape. All these happened while the crowd cheered on.