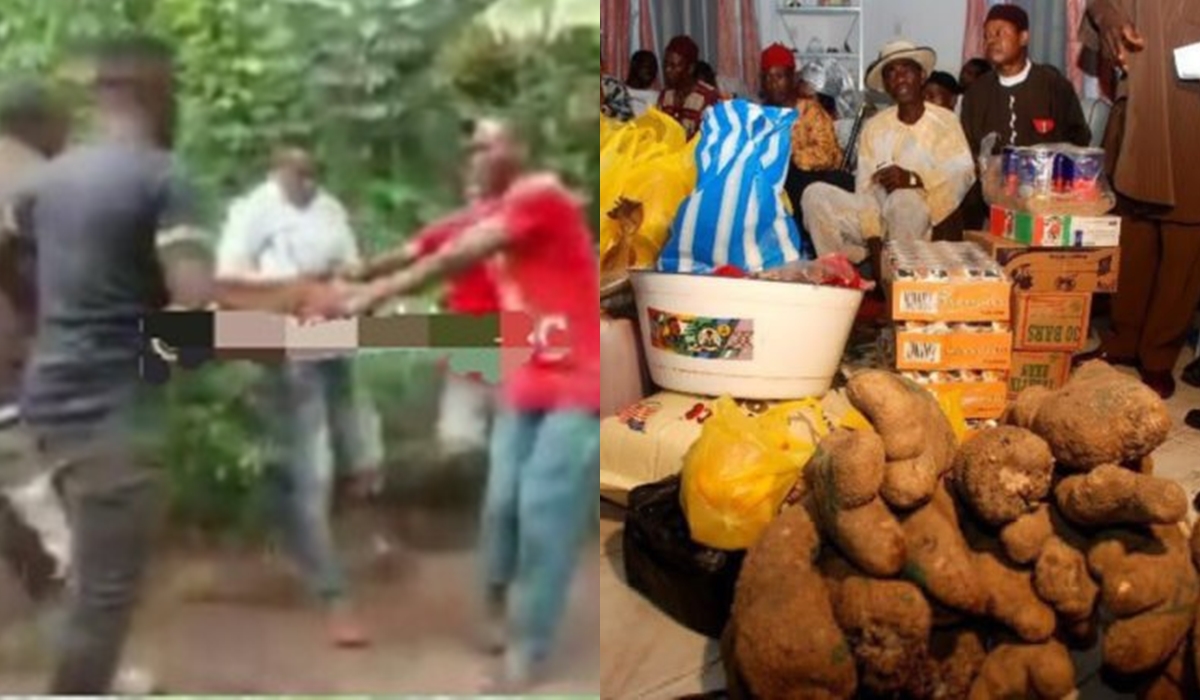 There was a mild drama yesterday in a village at Ogbunka in Aguata, Anambra state as Red cap Chiefs were seen struggling and fighting with the youths over a she-goat that was brought as part of a bride price.

According to the video making rounds online, the youths were seen punching the goat in the air for it to die, so that everyone could rest, while the elders were stretching the livestock to the extent of tearing it apart.

The residents who stood to watch the drama, were heard in the background, saying this goat has suffered, just imagine the punches.

Meanwhile, the story of two honest students of Federal College of Education, Kotongora (an affiliate to ABU), has since gone viral on the internet.

According to reports, the 300 level Social Studies Education students identified as Ahmed Usman Busa and Ahmed Suleimain, found a misplaced sum of money amounting to N2.5m by the roadside and returned it to the owner.