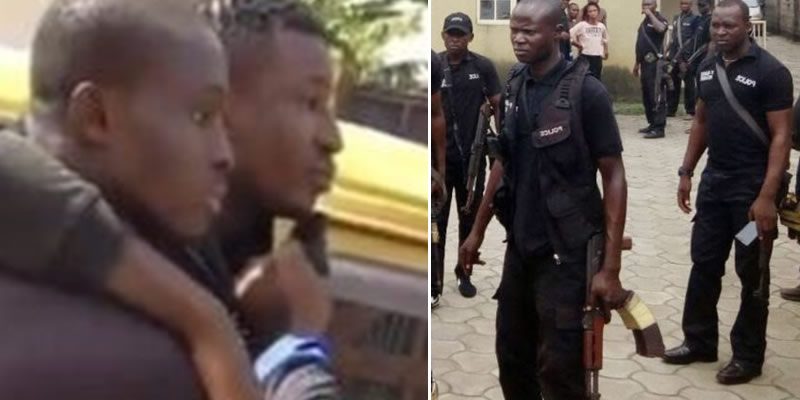 Extrajudicial killing by SARS caught on camera in Lagos (video)

According to reports, the incident took place at Igando area of Lagos State, the robbers allegedly stole phone from a prospective customer at gun point after showing interest to buy the victim’s phone on a popular classified Ad website known as Jiji.ng.

After the armed boys successfully robbed the victim at gun point, the victim went back to set another bait, pretending to be another seller on the same classified ads platform and he returned to the robbers’ location with Special Anti Robbery Squad with the hope of retrieving is lost goods and to arrest the robbers but the operation ended fatal.

The SARS officials shot dead the suspected robbers after they disarmed and handcuffed them . Watch the video from the execution scene below:

There has been a lot of concern among Nigerians about the high-handedness of SARS and the multiple extrajudicial killings attributed to them.

In other news, we reported earlier that Two sets of yahoo boys engaged the services of soldiers and F-SARS officials on a shady deal they engaged in, the military officers on getting to the scene and hearing the amount of money involved turned against each other in a serious clash in Akure, Ondo State.