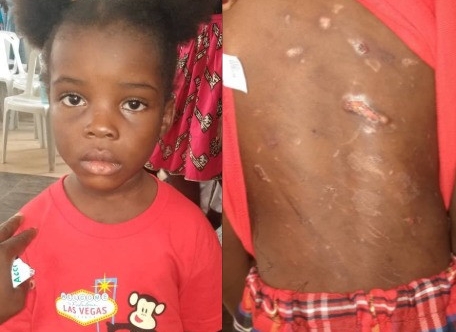 Father of a little girl child who was reportedly beaten to death on Thursday August 22nd has accused her child of being spiritually possessed.

Newsmen had earlier reported that a little girl identified as Testimony Toke Babalola was rushed to the hospital by a lady believed to be her mother who later escaped with the corpse after the child has been confirmed dead. 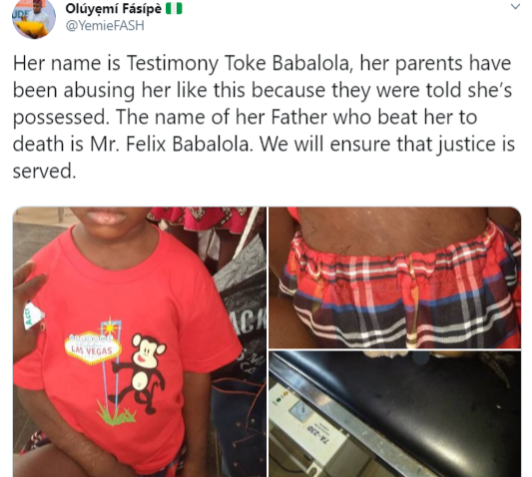 The sad story firstly appeared on @YemieFASH, Twitter handle before it went viral and he has given an update.

According to him, Testimony Toke Babaloloa was being abused by her parents who believed she was evil. He posted new photos of the little girl with her battered body on Twitter and wrote;

Her name is Testimony Toke Babalola, her parents have been abusing her like this because they were told she’s possessed. The name of her Father who beat her to death is Mr. Felix Babalola. We will ensure that justice is served.

Mother beats her 7-year-old child to death in Delta 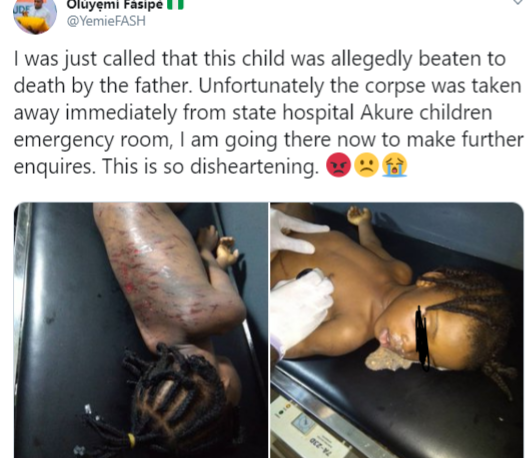