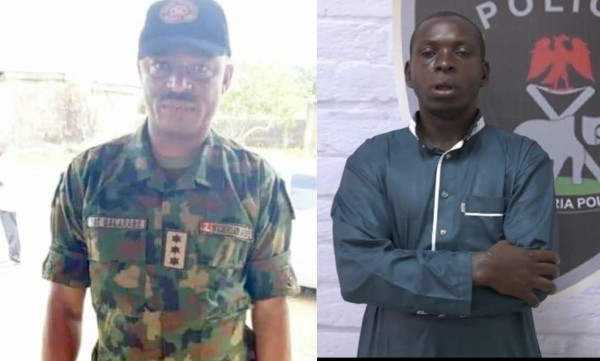 Few days after the re-arrest of notorious Taraba Kidnapper, Hamisu wadume, the photos of senior military officer, Captain Tijani Balarabe who assisted him to escape while being transported by policemen to Taraba State Police headquarters have surfaced on the internet following the confession of Hamisu Wadume.

WITHIN NIGERIA had earlier reported that Hamisu Wadume, the suspect confessed that a particular senior military officer who helped him escape is on his payroll.

The Taraba notorious kidnapper revealed that he paid huge amounts into the army captain’s bank accounts three weeks before his arrest and also settled security operatives through checkpoints to avoid getting arrest with his gang members.

Wadume on Tuesday August 20, revealed how the army captain freed him from police custody. He said the soldiers drove him to the barracks before he was taken to the army captain’s house, where a welder was invited to cut off the hand and leg chains.

Here is a brief info about the army captain. 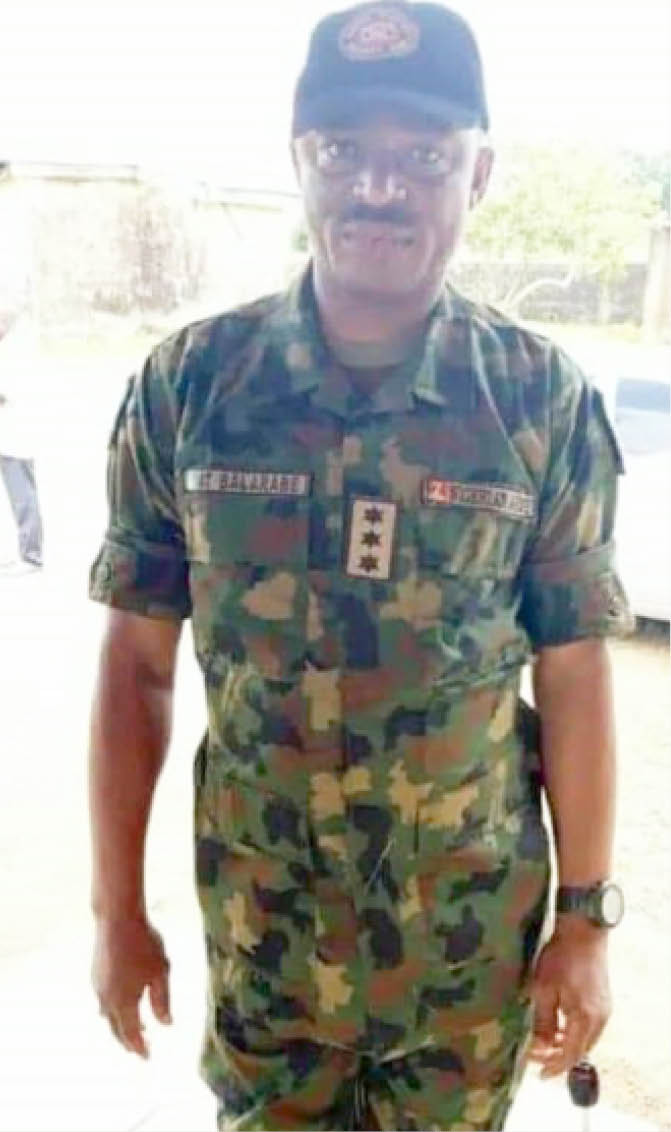 Captain Balarabe was born in Tudun Fera, one of the communities in Jos North Local Government of Plateau state. He was recruited during the Nigerian Army’s 35 Regular In-take of 1993, just before former Head of State Ibrahim Babangida created the now disbanded National Guards.

10 years after getting enlisted, he joined Nigerian Army’s 2 Battalion then based in Bori Camp, Port Harcourt in Rivers State, as part of the United Nations-backed Nigerian contingent to Liberia in 2003.

“He was one of the soldiers assigned to escort duties for our commanding officer,” a retired soldier told Daily Trust.

Though he didn’t further his education beyond secondary school, Balarabe soon got lucky in his military career.

“He was posted to be part of a team providing security cover to a former military administrator of one of the states in the North-East,” a military personnel said. 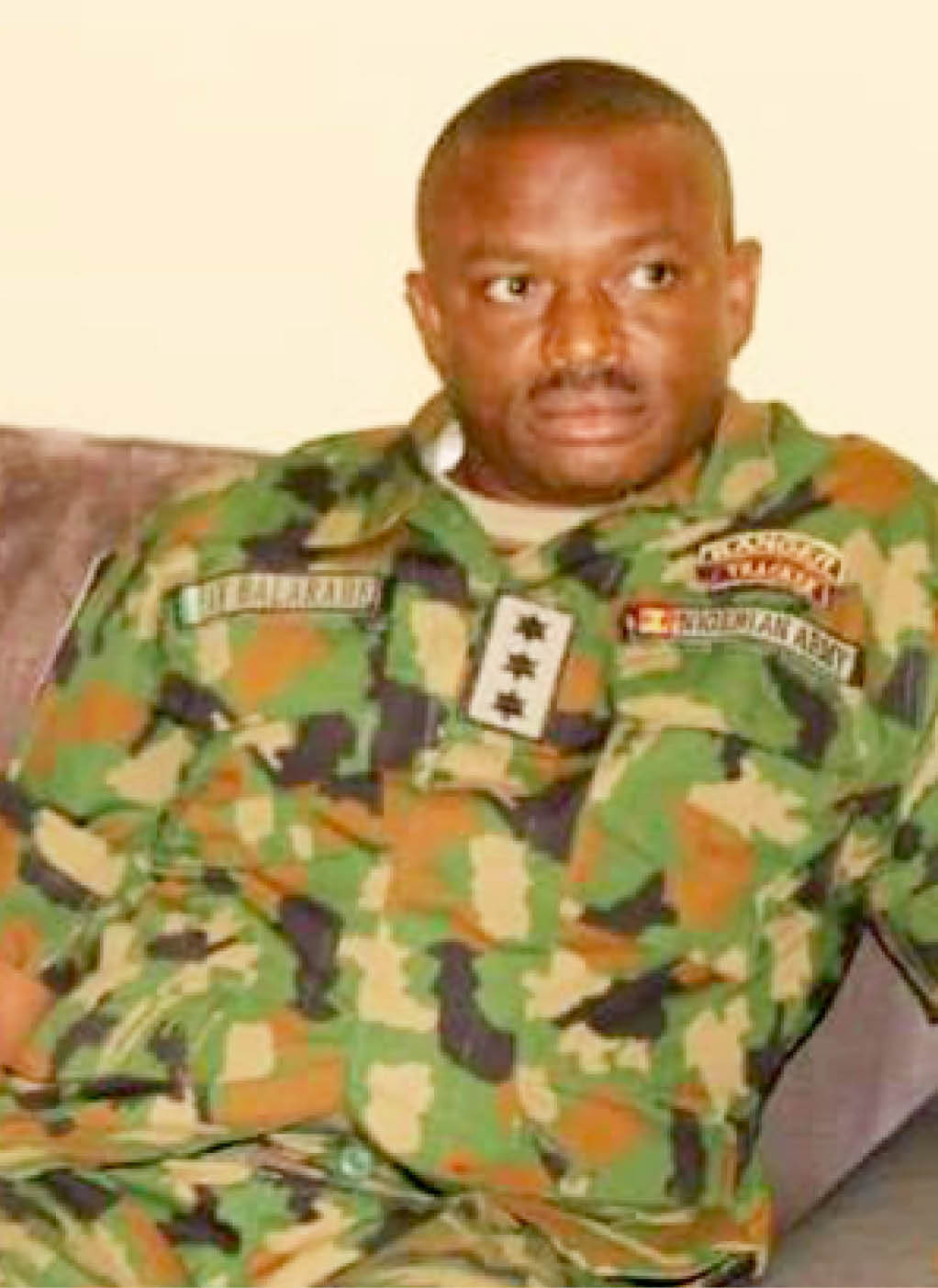 From being posted to one of the most respected, professional and prestigious military units in the Army, the Guards Brigade, Balarabe became a sergeant and served as a driver to senior army officers. Sources said he was once attached to a former Director of Military Intelligence (DMI) as a personal driver. He also attended a military course at the Warrant Officers’ Academy in Jaji Military Cantonment.

Daily Trust reported that Balarabe was commissioned as a military officer in early 2000s even though his certificates were found “questionable.” He was reportedly detained in a guardroom for over a year, after he allegedly presented a secondary school certificate which the screening board said belonged to someone else.

Unfazed by the certificate scandal, the Plateau-born military gave it another shot and was decorated as a lieutenant in 2013 after attending a training for Executive Commission category.

“Because he was popular at the Mambilla barracks, his friends who were doing business at Mammy Market adorned the walls of their shops with the pictures he took in his officer rank during pass out,” said another officer.

It was further learnt that he sustained a gunshot injury following an attack by Boko Haram insurgents on his deployment to the North-East.

“He came back for home treatment and stayed in Mambilla Barracks until he was fit enough to return to active duty,” the source, now the security chief of a private company, said.

Captain Balarabe who was in Abia before being transferred to the army barracks in Takum community of Taraba State, was reportedly building a bakery in Jos after the completion of his two-bedroom apartment, before his link to Hamisu Wadume was uncovered.

“He was on the verge of importing some modern equipment to kick-start production when this saga erupted,” said the source. 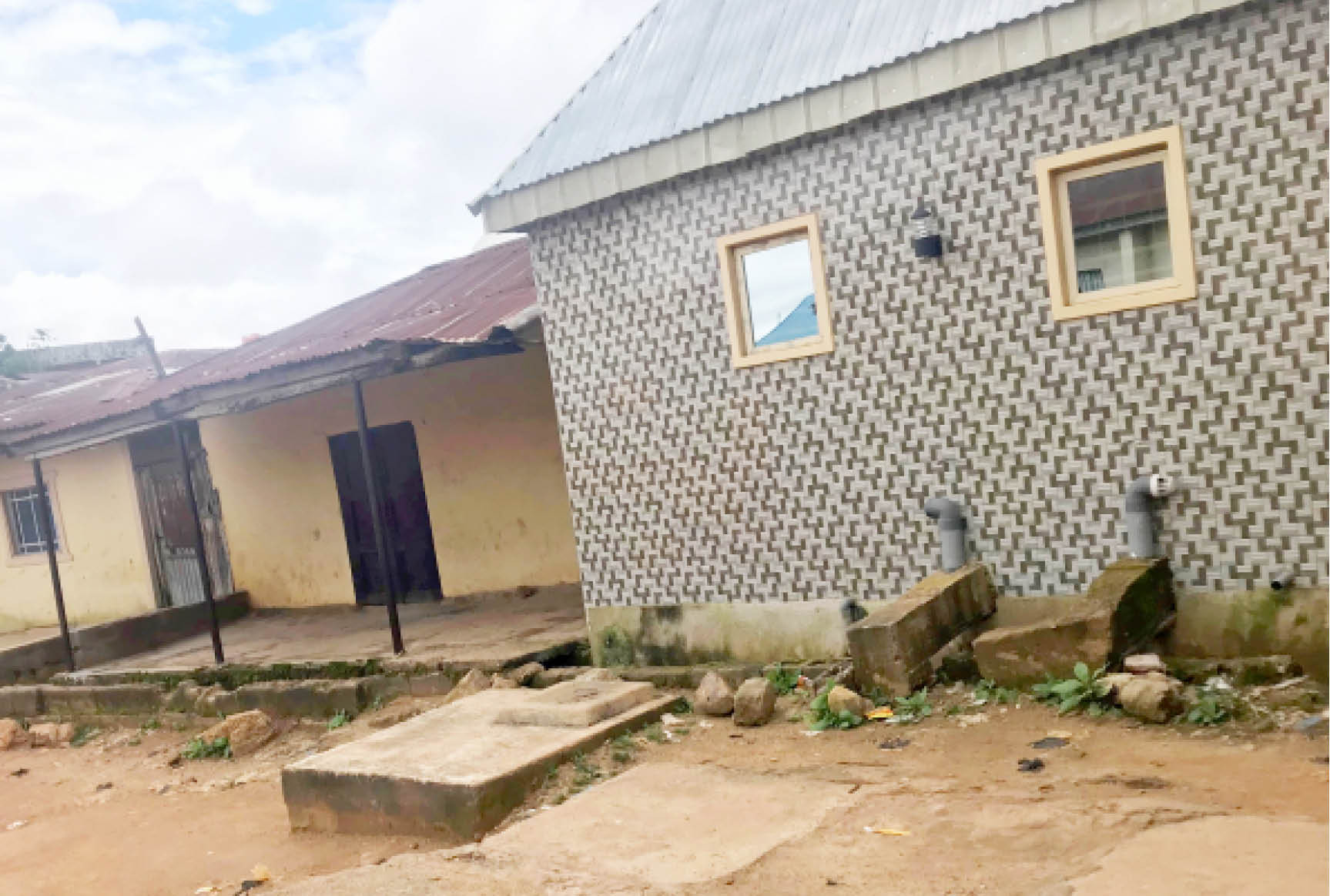 His father said to be an Islamic cleric, reportedly died over 25 years. Balarabe’s mother on the other hand is from a royal house in Jalingo which she relocated to shortly after the death of her husband.

“Tijjani is from a reputable home. His father was an Islamic cleric who was well respected in the community. All the children are decent, and I can tell you that this came to us as a surprise and many people cannot believe that Tijjani is in any way connected to the killing of the police officers or have anything to do with Hamisu Wadume,” a source said.