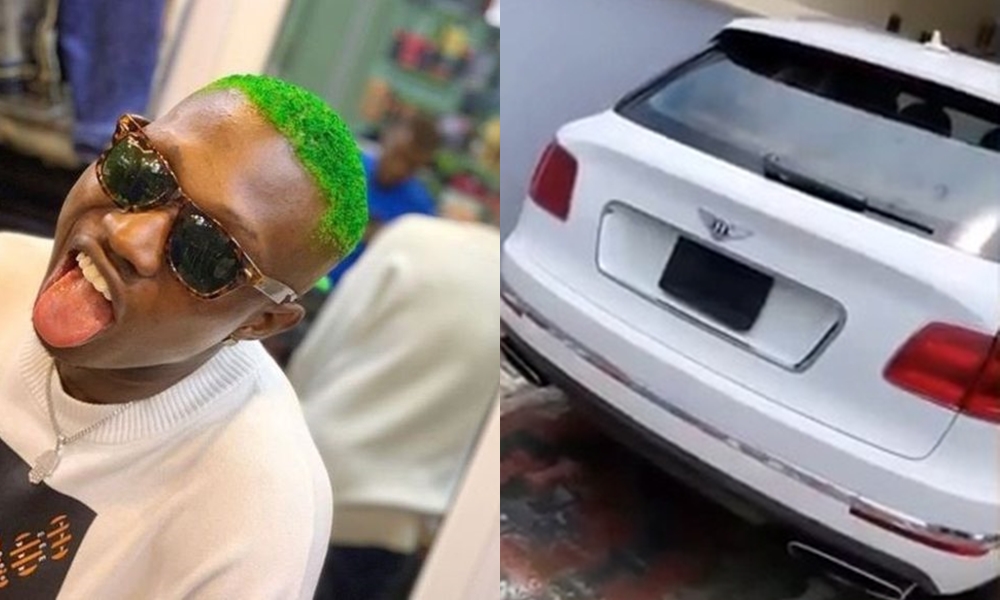 The Zanku crooner has acquired a luxury car and he took to social media to flaunt it. Sharing a video showing the new luxury car, a Bentley Bentayga, Zlatan Ibile tells his fans to just say congratulations.

Zlatan is now a house hold name in the music industry as he has worked with many of the big names already. Recently, he featured on a new song with DJ Cuppy called Gelato which is currently eenjoying airplay and major promotions.

He came into the limelight in 2018 after he released his single, Zanku which came with a dance routine. In 2014 had won the Airtel one mic talent show held in Abeokuta, Ogun state.