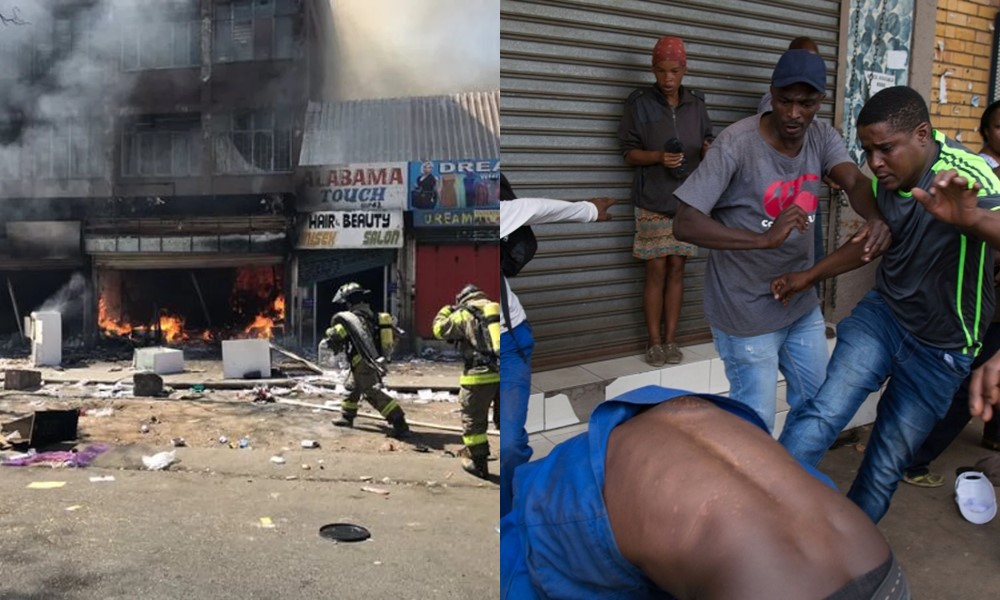 Xenophobia Attack: Heartbroken Nigerian Man Shares Video Of How He Lost His Properties

Social media is currently buzzing with several harrowing stories of the heartbreaking experience that Nigerians are enduring due to recent xenophobic attacks.

A Nigerian man identified as Thaddeus who claims to be married to a South African woman, shared a sad video on micro blogging platform Twitter, that captured the moment his properties were razed by fire.

Thaddeus who disclosed that he works as a video editor in a TV station in the country, revealed that he also has a side hustle of selling cars, in other to sufficiently cater for his family.

Unfortunately, the recent attacks have left him in a pitiable condition, as he claimed that three of his cars were set on fire for no reason.

I am married to a south Africa woman, I work as a video editor with a south Africa tv station. I buy cars from options and repossessed centers fix n sale as my side hustle to take care of my wife and Beautiful 2yrs old daughter. My 3 cars was burnt in this inferno, no reason pic.twitter.com/8lWbbhsNkF

Reacting to his touching story, several social media users were spotted in the comment section condemning the attack and empathizing with the family.

To tell you they've been keeping this grudge, waiting for the right time to strike. This is sad. I hope this ends ASAP 😢

I feel for u bro. Be safe man, we pray for u. We will pressure the govt to take a drastic action.

That’s the problem civil unrest affects every side you’d think yeah they destroy foreigners properties who do you think foreigners hire? The foreigners house your burning down is close to your fellow SAn house. Everybody gets affected