Cassper Nyovest recently supported locals by booking out an entire cinema for kids to watch Matwetwe. He did not only support locally, but he gave back to the community and made almost 200 children’s weekend. So much love was shown to Cassper for his selfless deed.

Cassper is one of South Africa’s softies. He is always finding a way to give back in the sweetest ways and he did it again. The superstar rapper booked out an entire cinema for kids in Maftown to watch the premiere of a new film, Matwetwe.

If there is one thing that we know about him, it is that he has a big heart. He is all about giving back and helping where he can.

It was gathered that the rap act paid for around 200 children to watch the premiere of Matwetwe; but that was not all, he also took some time to take selfies with the kids and sign autographs. 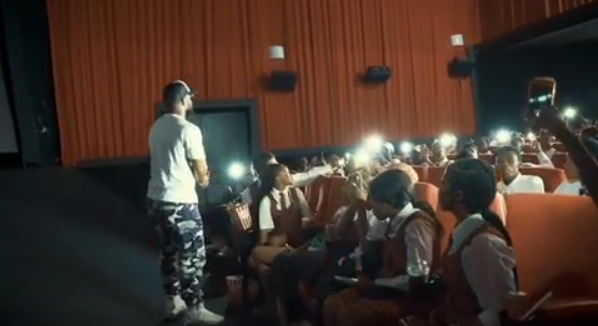 Booked out a whole Cinema on Friday for the Kids in my hood to watch #MATWETWE . Little good deeds go a long way and the smiles on thier faces mean the world to me. Shout out to my Dad for helping me organize this. Bridge ent for putting it togther. pic.twitter.com/R2BYS9AKyW

Cassper touched the hearts of many with his selfless deed. Black Coffee even reached out and expressed his gratitude to him for what he had done for these kids.

Big ups to Cassper for doing what he did. There is nothing more fulfilling than putting a smile on a child’s face.