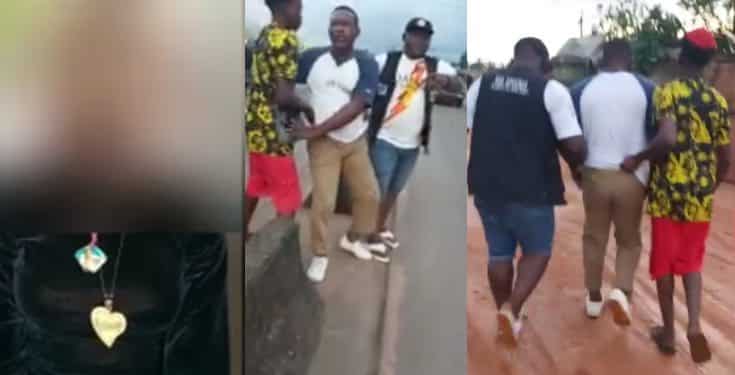 The Edo state police command has arrested a 49-year-old man simply identified as Mr Raphael, for repeatedly raping his 15-year-old stepdaughter with the approval of his lover who is the victim’s mother.

Activist Harrison Gwamnishu who shared the story online, said the victim stated that she was molested by her stepfather and physically assaulted by him and her mum whenever she refused to have sex.

According to the victim, her mum and her stepfather agreed for the man to continually have sex with her in the bid to widen her vagina in preparation to send her abroad for prostitution (human trafficking) and child pornography.

When interrogated, the victim said her stepfather has had sex with her over three times now and has perfected plans with her mum to take her down to Lagos for the both of them to feature in a pornographic film after which she will be flown to Italy to engage in prostitution.

Harrison says the suspect Mr. Raphael was apprehended yesterday and is currently being detained and will be transferred to SCID Benin for further investigation and prosecution.

Watch a video of the victim narrating her ordeal below;