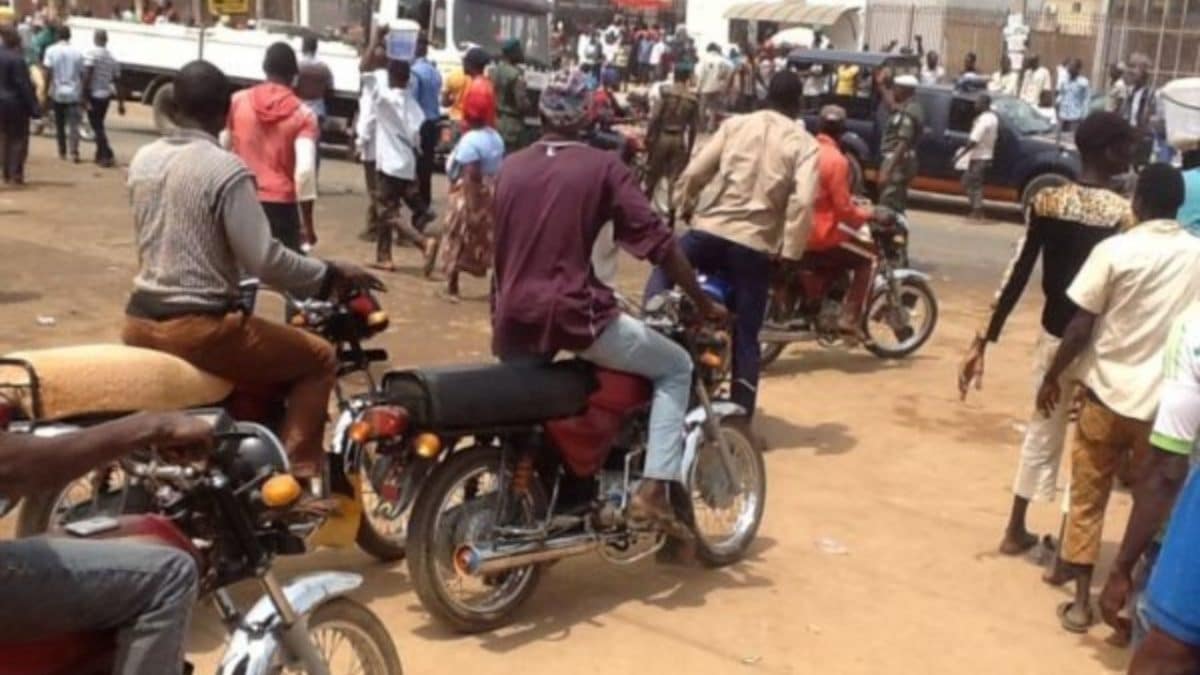 Tears as vehicle crushes okada rider to death in Ondo

A 28-year-old commercial motorcyclist popularly known as Okada rider has lost his life in an accident that occurred at Shagari village in Akure, the Ondo State capital.

The Okada rider, who was simply identified as Alfa by residents of the community, died on the spot upon an impact with an oncoming vehicle.

According to an eyewitness, the late Alfa was said to be heading to Agbogbo area of the town while the vehicle was on his way to Oluform.

He added that the deceased who was on a top speed suddenly ran into an oncoming vehicle, which reportedly hit him, this leading to his death.

At the scene of the accident, sympathizers could not hold back their tears as the lifeless body of the deceased was seen lying on the ground with his intestine gushed out from his body.

Men of the Federal Road Safety Corps, FRSC, who arrived at the scene to evacuate the corpse described the incident as unfortunate.

They advised motorists and Okada riders to be more careful and always adhere to traffic rules and regulations.