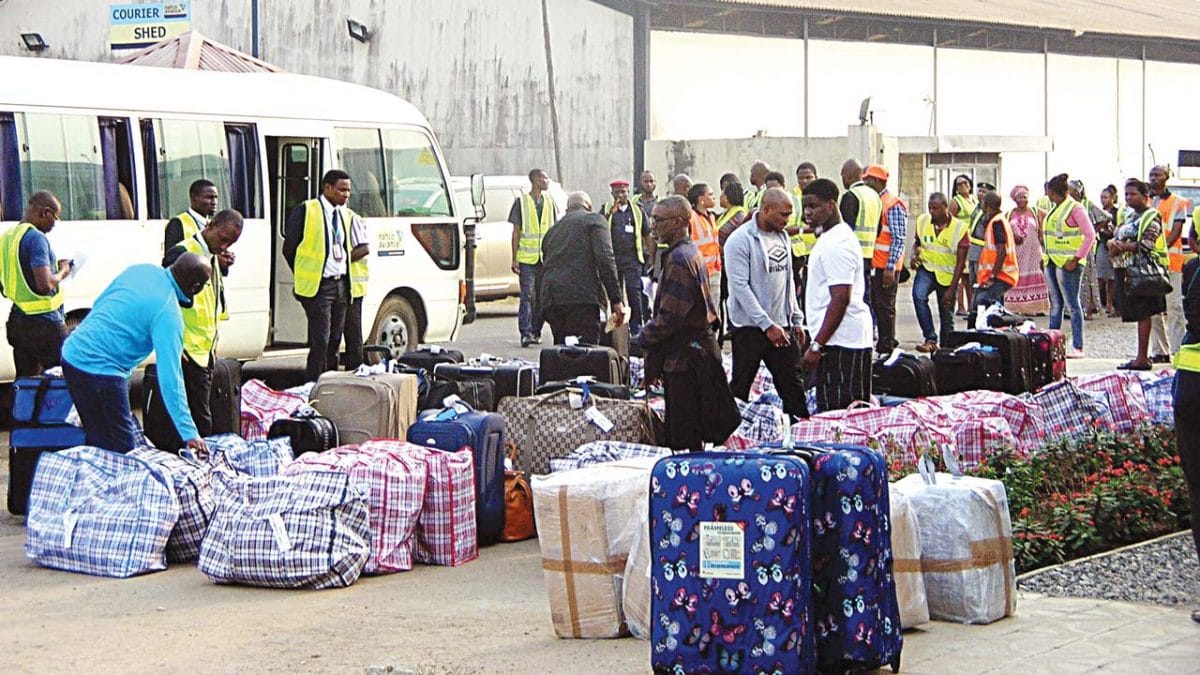 The Ministry of Foreign Affairs has confirmed that 178 Nigerians are now on their way back to the country from South Africa.

The ministry told newsmen in Abuja on Wednesday that the returnees were on board Air Peace Airline expected to touch down at the Murtala International Airport, Lagos, at 11.15p.m.

NAN reports that the ministry officials on the evacuation mission who updated journalists on the development said that the plane earlier scheduled for take-off at 9 a.m. was delayed due to slow checking in and clearance procedures by immigration.

It said that out of the 313 persons confirmed for the first batch for evacuation, only 84 persons were cleared to embark on the flight.

Following the xenophobic attacks on Nigerians in South Africa, Mr Allen Onyeama, the Proprietor of Air Peace, volunteered to send an aircraft to evacuate Nigerians willing to return free of charge.

The process, which was earlier scheduled to commence on Sept. 6 ran into a hitch when it was discovered that most Nigerians willing to return did not have valid passports or travel documents to complete immigration formalities.

The country isn’t working, Nigerians are losing faith in their leaders – Former…