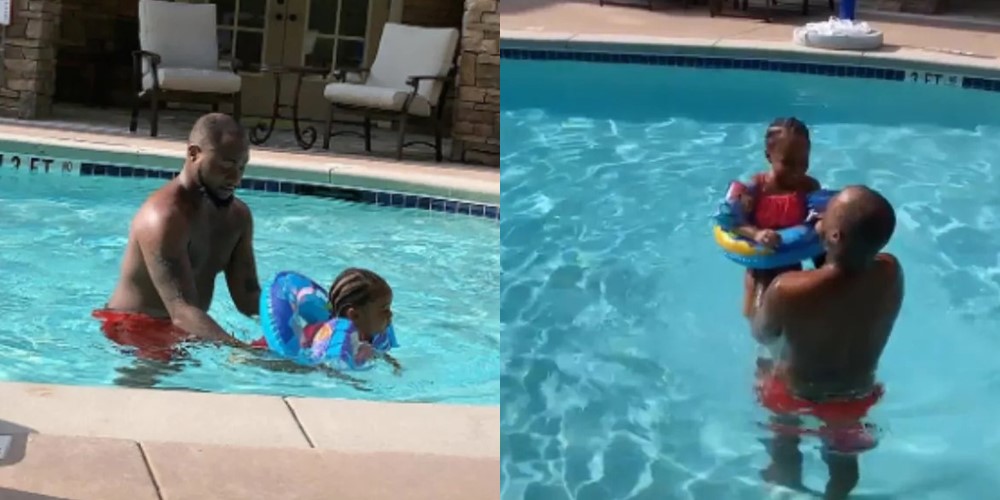 Popular Nigerian singer David Adeleke, known by his stage name Davido, has been spotted in a cute video with his second daughter, Hailey.

The singer had a cute father-daughter moment with Hailey that would melt your heart. The singer has always been known as someone who enjoys quality time with his children. He is often seen spending time with them whenever he has the opportunity to carve out time out of his busy schedule.

In cute videos, the popular singer was spotted teaching his second daughter how to swim. He shared all the cute videos on his Instagram story.

One video showed when the little came into her father’s room taking her swimming supplies. He was heard asking her if he would like to swim.

Another video showed how the doting father taught his daughter how to swim. He was seen holding her and also pulling her in the direction to go.

Davido had his second daughter with second baby mama, Amanda, who is based in Atlanta, United States.