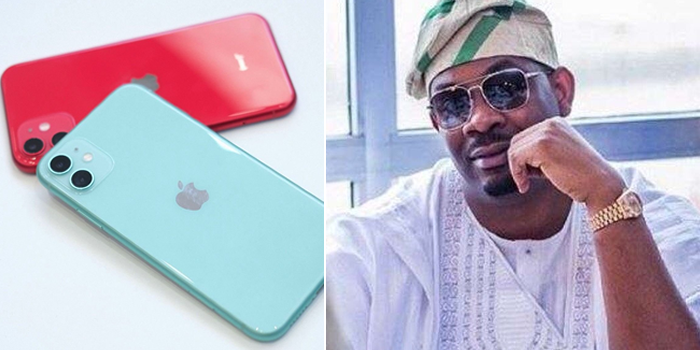 Don Jazzy is now a proud owner of the latest iPhone worth N600,000. Just a day after controversial actress Tonto bought the exoctic phone, Mavin boss, Don Jazzy decided to join the clique by getting the expensive phone.

Don Jazzy took to his Instagram story to show off his newly purchased Midnight-Green iPhone 11 Pro Max 512GB revealing that he was not able to get the phone at the time of its release due to the color he wanted. He, however, was able to get it with the help of a certain vendor.

See the video below

Within Nigeria earlier shared how Nollywood actress, Tonto Dikeh joined the league of celebrities to purchase the new iPhone 11 pro. While advising ladies not to sell their virtue for the new phone, she revealed that she got three, one for herself, another for her dad and the last for her best friend, Bobrisky.