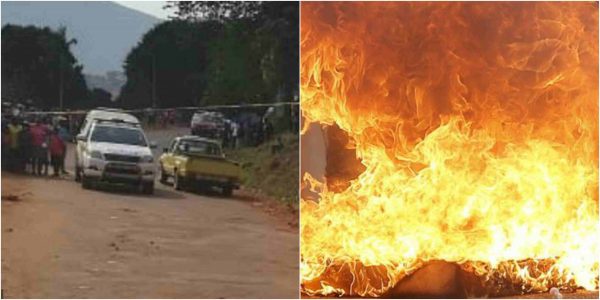 A South African man has been burnt to death for allegedly raping a teenage girl in Limpopo.

According to reports, police were called to Muhovhoya village in Limpopo, South Africa, where they found the 39-year-old man’s burned remains.

Police Spokesman Colonel Moatshe Ngoepe who confirmed the incident, said the 17-year-old girl was picking firewood with other women when they were attacked by the man.

“It is alleged that the girl went to the nearby bushes to collect firewood with other women from the village when the deceased attacked them.

“The other women managed to run away, leaving the teenage girl behind. And that’s when the deceased allegedly raped her,” said police spokesperson, Col Moatshe Ngoepe.

When the community heard of the alleged rape, they are said to have met to ‘discuss the matter’.

Yesterday, they tracked down the man and attacked him with objects before setting him on fire, said the authorities.

Police have now opened a murder case and are appealing for any information about who was involved with the man’s death.