by Olamide A
in Metro
Reading Time: 2 mins read
0 0
A A
0
1.3k
SHARES
3.1k
VIEWS
Share on FacebookShare on Twitter

Asif Ali is being hailed for his courage after he stood his ground and fought off four armed robbers with his bare hands in his own doorway during a terrifying raid on his home in Rochdale.

He landed a flurry of blows on the masked gang before chasing them into the garden with a pair of kitchen knives.

The estate agent said ‘instinct kicked in’ when he was confronted by a man dressed head-to-toe in black standing in the hallway of his Rochdale home.

CCTV shows Mr Ali, 35, landing several punches on the man, before also taking on his two accomplices who followed him into the house.

After being forced into the garden, one of the men threatened to kill Mr Ali before going back inside Ali’s house and arming himself with what is thought to be a screwdriver. 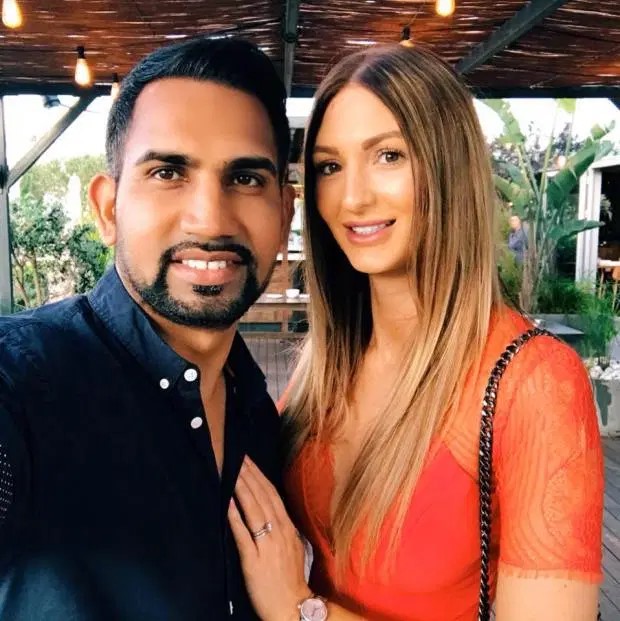 But Mr Ali ran to the kitchen, grabbed two knives and chased them outside once more.

Mr Ali said his first thought was to protect his wife Charlotte, 30, who was upstairs in bed when the raid took place.

He said: “I was on a business call when I heard the dogs barking really aggresively.

“I went to see what was going on and there was someone standing there dressed head-to-toe in black. He threw a punch at me and we started to fight.

“I didn’t know what I was doing. Instinct just kicked in – I just trying to get him out of the house.

“A second man came in and I thought he was trying to get upstairs where my wife was. I didn’t want them anywhere near my wife.

“I got them outside, but they were pulling at the door, then one of them pulled out what looked like a knife, but the police think it might have been a screwdriver.

“He said ‘I’m going to kill you’. He started to walk back towards me. I ran back inside and grabbed a couple of kitchen knives and chased them back out.”

Mr Ali released the CCTV footage in order to catch the robbers and offered £5000 to anyone with information.

Bobrisky Lists His Achievement At 28