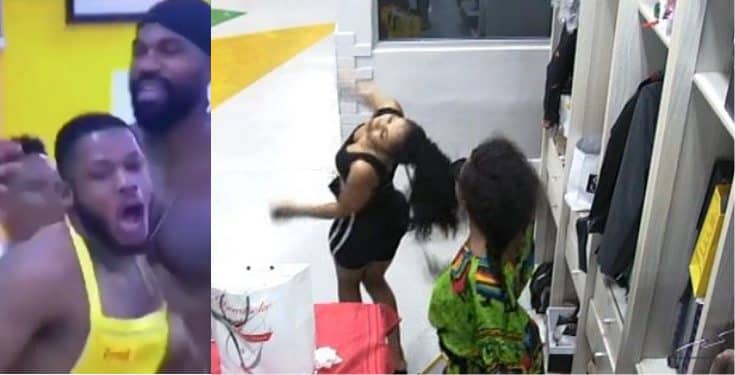 Big Brother Naija (BBNaija) housemates have recounted the fights that occurred between Mercy and Tacha in the early hours of Friday, as they mimic the duo.

The female housemates’ fight began when Seyi called Mercy to the lounge so they could read Biggie’s scroll, but the video vixen came out late for the reading.

This, however, did not go down well with Tacha who rained insults at her.

The two ladies rained insults at each other, Mercy flipping her hair on Tacha’s face twice and attempted to use the pressing iron on her while Tacha pulled Mercy’s hair.

Mercy did not keep quiet, as she fought back with the word ‘odour’ featuring in her response to the self-acclaimed Port Harcourt first daughter.

Shortly after the heated argument, male housemates, Mike, Omashola, Elozonam, Frodd who saw the moment as a form of entertainment, mimicked Tacha and Mercy.