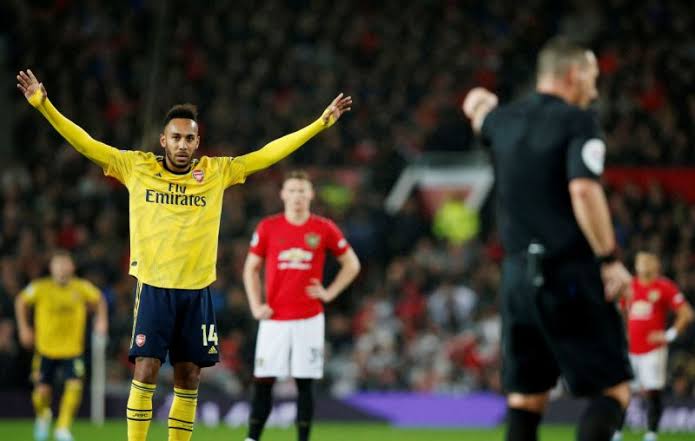 Arsenal have played out a 1-1 draw against Manchester United at the Old Trafford Stadium.

Manchester United and Arsenal played out a grim stalemate at Old Trafford that provided compelling evidence to illustrate just how far away from a Premier League challenge both clubs are.

In a disappointing encounter that was a pale shadow of their mighty clashes of years gone by, Scott McTominay gave Manchester United the lead at the end of an attritional first-half with a rising drive from the edge of the area.

Arsenal equalised just before the hour courtesy of Pierre-Emerick Aubameyang’s cool finish. It was originally ruled out for offside but the video assistant referee confirmed the striker had been played onside by Harry Maguire.