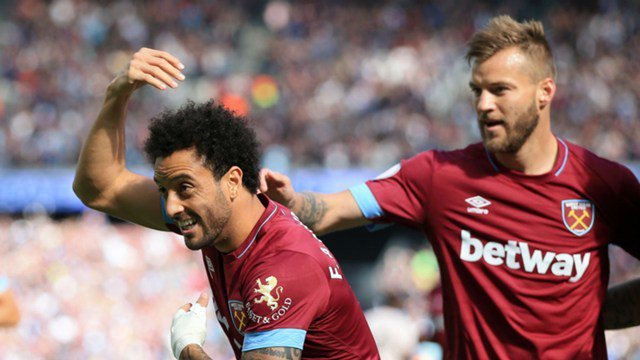 After Paul Pogba was replaced with 20 minutes remaining, Marcus Rashford flicked the ball home at the near post to reduce United’s arrears.

Jose Mourinho’s week went from bad to worse at the London Stadium as Manchester United suffered their third league defeat of the season.

Brazilian Felipe Anderson flicked the ball home from close range to give West Ham the lead with his first goal since his summer move from Lazio.

And with two minutes to go until half-time, Andriy Yarmolenko doubled the home side’s lead when his effort was deflected into his own net by Victor Lindelof.

After Paul Pogba was replaced with 20 minutes remaining, Marcus Rashford flicked the ball home at the near post to reduce United’s arrears.

But Marko Arnautovic then restored the Hammers’ two-goal lead with a composed finish three minutes later to secure the points.