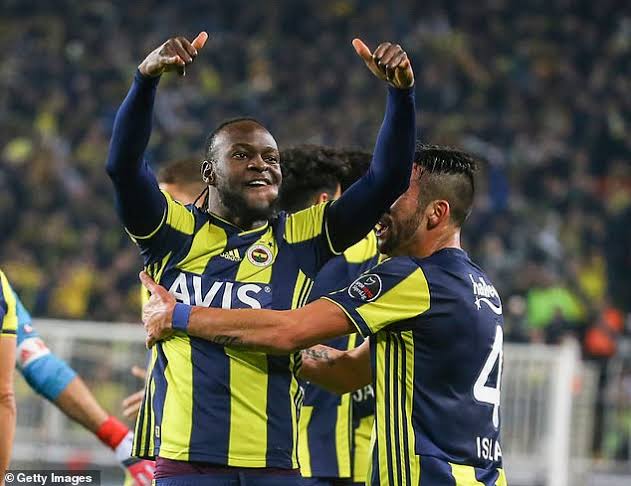 Victor Moses: Lampard wants Nigerian star back at Chelsea from loan in the January window

Former Nigeria international, Victor Moses, is targeting a return to Chelsea in the January transfer window.

Turkish sports daily, Fanatik, claims Moses is planning to return to Stamford Bridge and has the approval of manager, Frank Lampard.

The 28-year-old was sent out on loan to Fenerbahce in January this year, due to a lack of first team opportunities under ex-Blues boss Maurizio Sarri.

It was his fourth loan stint, having previously played for Liverpool, Stoke City and West Ham.

Moses was linked with a move to Inter Milan in the summer, but the Nerazzurri eventually opted to get Valentino Lazaro from Hertha Berlin.

Moses and Lampard played together at Chelsea during his first season at the club.

If Chelsea and Fenerbahce, however, decide to honour the loan agreement, Moses would remain at the Yellow Canaries until the end of the 2019/2020 season.