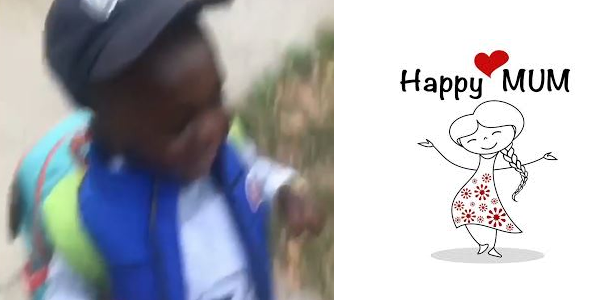 Footage of a little boy repeating his “positive affirmation” while en route to school has gone viral, melting hearts around the world.

Alissa Brielle, a mom from New York City, took to Instagram on October 1 to share a video of her three-year-old son, Ayaan, repeating three simple phrases she taught him back on his 2nd birthday in 2018.

“I am smart, I am blessed, I can do ANYTHING!” the enthusiastic, backpack-toting child can be heard saying in the now-viral clip.

In her post, Brielle explained that she was stunned by Ayaan’s behavior, as she says the youngster began his chanting completely unprompted.

“I taught Ayaan this positive affirmation on his 2nd Birthday last year. In hopes that he would one day memorize it, understand it and use it as a motivational tool whenever he needed it,” she wrote in her post. “Well he shocked me this morning. Out of no where he started repeating it, so I pulled out my phone.”

“So proud of the little boy he is growing into,” she ended her post.