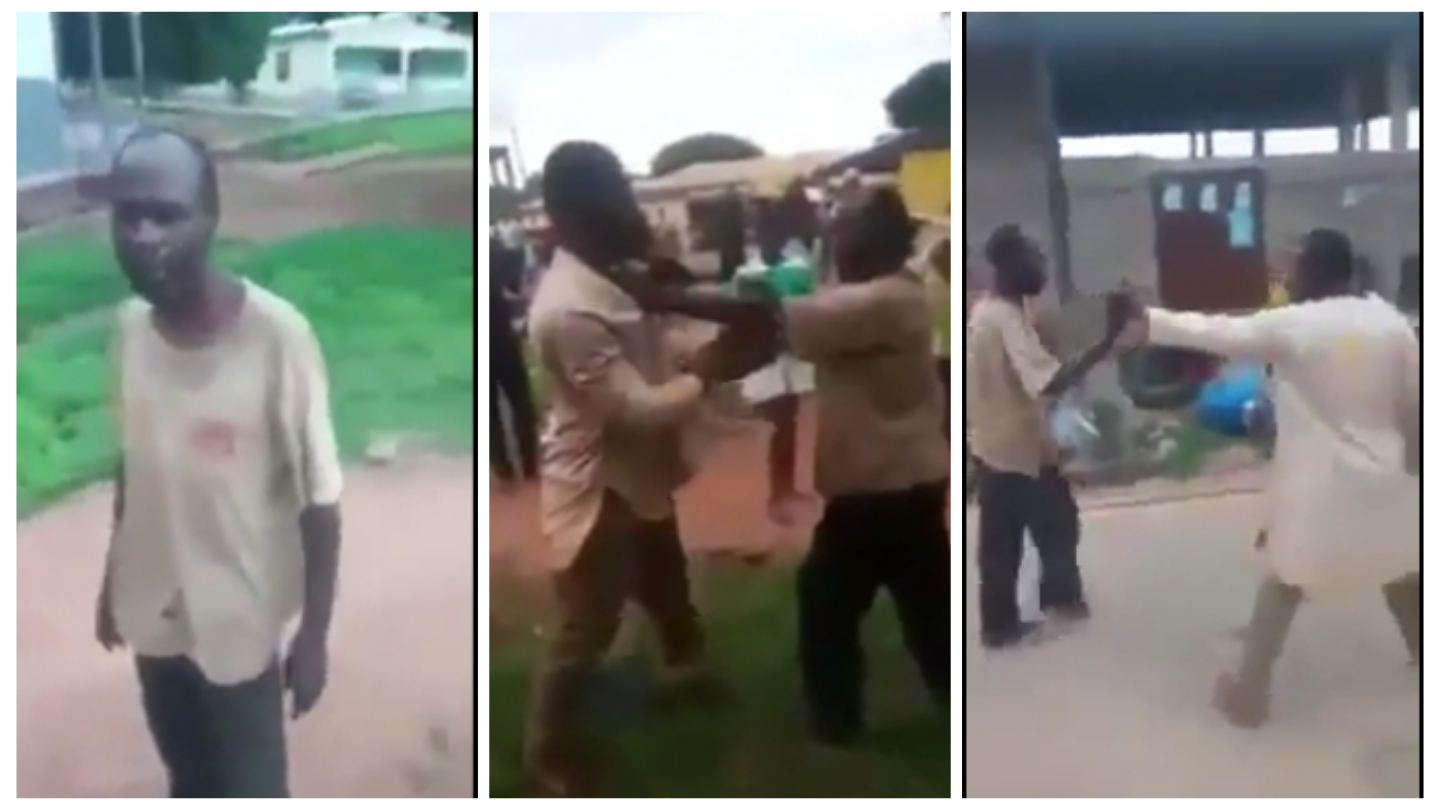 VIDEO: Drama As Madman wrestles with Pastor over forceful deliverance

A comic relief it was for spectators who witnessed and watched the drama that ensued between a Ghanaian pastor and a mad man during deliverance session.

In a video recorded by an unknown person that captured how a Ghanaian pastor was almost beaten up by a mad man he was trying to forcefully deliver on the road.

The yet-to-be identified pastor could be seen forcefully trying to deliver the madman on the road as spectators watched.

The pastor was seen moving everywhere the mad man goes, issuing commands to the spirits he believed disturbing the mad man to get out.

The mad man who probably was not in such mood was seen walking out of the pastor until he was frustrated by the pastor and had to wrestle with him.

The drama got more intense when the madman took another route only for the pastor to accost and wrestle him to the floor shouting ‘blood of Jesus’ at him.

‘Leave Bible during sex, I use 55 different sex styles to satisfy my wife’ says…