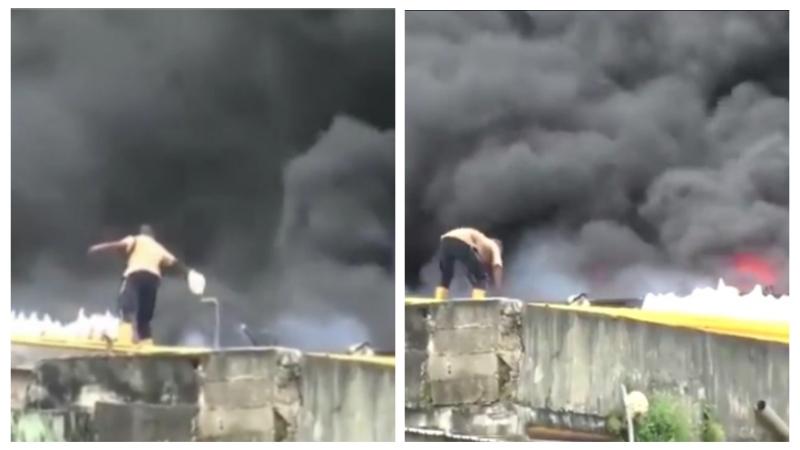 To the dismay of few who were not conversant with the sad narratives of the county, a hilarous, disturbing but sad video of a fire -fighter struggling to put off fire with buckets and water as properties worth millions gut fire in Balogun market has emerged online.

WITHIN NIGERIA had earlier reported that 20 days after Onitsha fire incident which resulted into loss of properties and lives, a five storey building situated in Balogun market, Lagos Island is currently on fire.

The yet-to-be identified fire fighter who was recorded by sympathisers on standby is seen trying all his possible best to put off the fire but it seem all his efforts tend to make things worse.

Many people have wondered why fire workers have not responded to the recent fire outbreak that occured in Dosunmu five hours after a five storey building catches fire in Balogun market, the video should solve the puzzle.