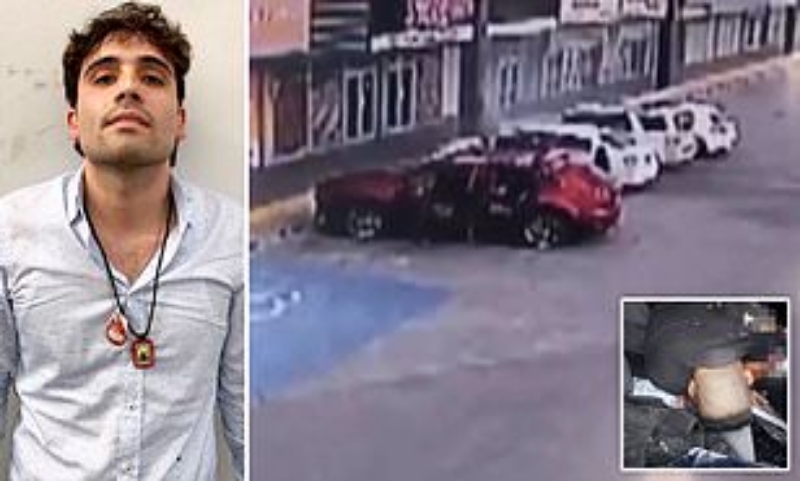 Yet-to-be identified gunmen have assassinated a Mexican police officer who was involved in arresting the son of jailed drug lord Joaquin ‘El Chapo’ Guzman in a broad daylight execution.

The deceased identified by police authorities as Eduardo ‘N’ is a 32-year-old man and was a high-level officer with Sinalo’s State Preventive Police before he was assassinated.

According to reports, the high-level officer was murdered on Wednesday morning (Nov.6) when two armed men with semiautomatic rifles climbed out of a red car and opened fire at a white Nissan four-door sedan which was captured on closed-circuit television cameras.

The ambush took less than 30 seconds as the gunmen fired at least 150 bullets into the white vehicle, according to local media reports.

It was learnt  that the red car carrying armed men had followed the white car into the parking lot of a shopping center in Culiacán, where they murdered the officer.

The officer was involved in the October 17 arrest of Ovidio Guzmán López, the son of Sinaloa cartel boss Joaquín ‘El Chapo’ Guzmán. Ovidio was later released after his cartel’s gunmen exchanged gun battle with the Mexican security forces to force his release.

Hushpuppi shares video of himself having a meal in private jet

VIDEO: Family identifies one of the 3 Americans killed in attack at Kenya airfield by…