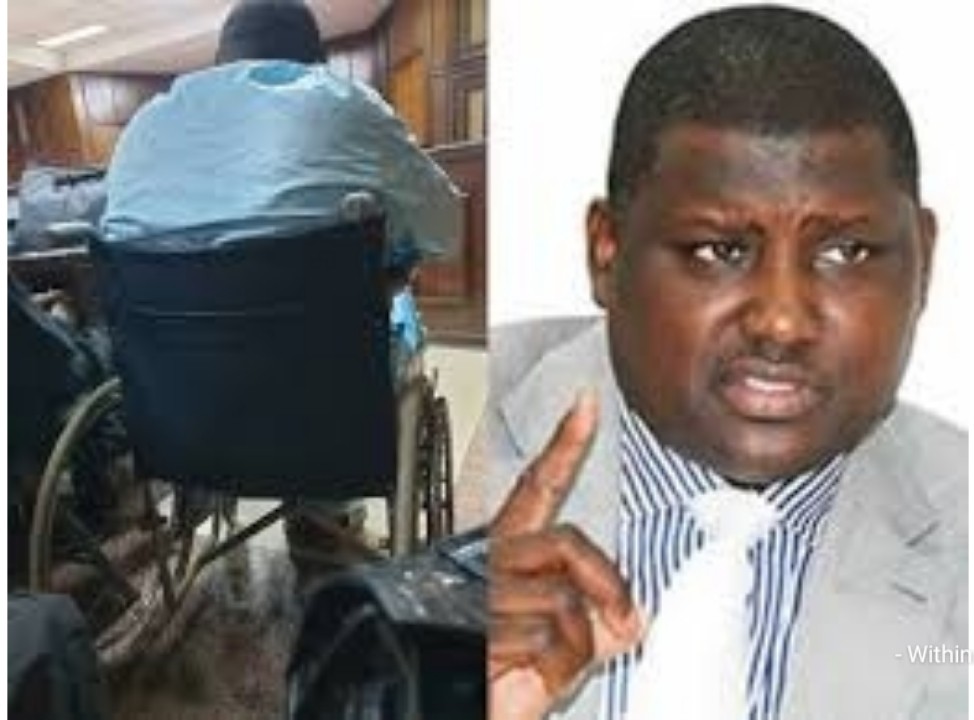 Families of the former Pensions Funds Chief, Abdulrasheed Maina have cried out that, health of their son is in critical condition in the prison, as he can no longer walk on his own.

WITHIN NIGERIA recalls that maina was lately wheeled into the courtroom by officers of the Kuje Correctional Facility with two aid boxes when he was last arraigned by EFCC, to continue his trial over his alleged complicity in a N2billion fraud .

Meanwhile, Maina’s family in a statement made available to newsmen in Kaduna on Wednesday expressed fear that, Maina may paralyze if not given urgent medical attention.

The statement signed for the family by Abdullahi Usman said, Maina’s Blood Pressure, as at Tuesday morning, as measured by the Prison’s medical personnel, read 196/130 but nothing was being done to rush him to any equipped medical facility for treatment.

According to the family, “most recent information reaching the family and friends of the former Pensions Funds chief, Abdulrasheed Maina on his health condition is intimidating and disturbing as it depicts denial of access to treatment as his condition deteriorates by the day.

“Anonymous sources from the Kuje Prison where he is being detained say Maina’s Blood Pressure, as at Tuesday morning, as measured by the Prison’s medical personnel, reads 196/130 but nothing is being done to rush him to any equipped medical facility for treatment.

Read Also; Family insists Maina ill
“More so, the medical personnel have advised the authorities against the dangers of denying him treatment but the Prison’s service management are playing politics with his health. His condition is so deteriorated that he could not stand or walk on his own unless supported by two people, one on each side.

“They have refused to allow him be kept in their medical facility within the prison even as their doctor strongly advised that he needs serious medical attention.

“We hereby call on the authorities concerned to stop playing politics with the life of Maina. He should be allowed immediate access to medical facility to receive treatment as provided by law. His condition can be made worse as he is liable to becoming paralyzed if urgent action is not taken.

“We also call on well meaning Nigerians to intervene on the matter as denying Maina access to good health will jeopardize the unearthing of truth about the allegations labelled against him. We thank all for their support and concern.” Maina family said.

BREAKING: We are ready to release Sowore – DSS