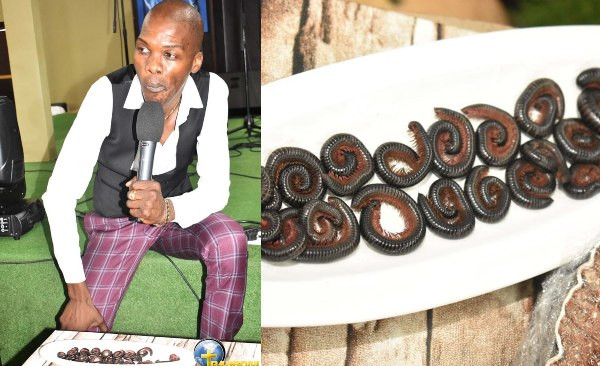 South African Pastor identified as Lesego Daniel has gone viral as pictures where he was captured feeding his church members with millipede and beer have surfaced online.

Pictures of the “mass feeding” were uploaded on the Facebook page of his church.

WITHIN NIGERIA learnt that the horrible act was backed by claims of God giving man everything that lives on earth as food and he should not discriminate.

According to a statement credited to the church and shared on the official facebook page of the church, it reads thus;

“Truly this scripture was fulfilled in Rabboni centre ministries today as our father has been teaching us that anything can be declared to be the body and the blood of our Lord Jesus Christ, we don’t discriminate because God gave to us everything that lives and moves about the earth to be food, just as He has given us green plants for food. He said to Noah in genesis 9 that I now give you everything for food to eat and today we are beating the shadows to reveal those who dwell in the shadow of the almighty as we are revealing the ones who belong to the light.

“So sons of glory cannot be judged by what they eat or drink or with regard to religious festivals because these things were a shadow of what was to come, so the reality has come and this reality is found in the body of Christ. Creation continues to be joyful in Rabboni centre ministries because it has been subjected to frustration, not by its own choice but by the will of Him who subjected it, in hope that it will be liberated when the sons of glory are revealed.

“Creation wait no more, whatever we touch is blessed, whether it’s chicken, millipede, boerewors, waffles, etc., we sanctify and consecrate it by the word of God and prayer and we declare it to be the body and the blood of our Lord Jesus Christ.

“This is how we call our Lord Jesus Christ affectionately into remembrance and many sons and daughters partook from his body with joy as they have been enlightened by the word of truth.” 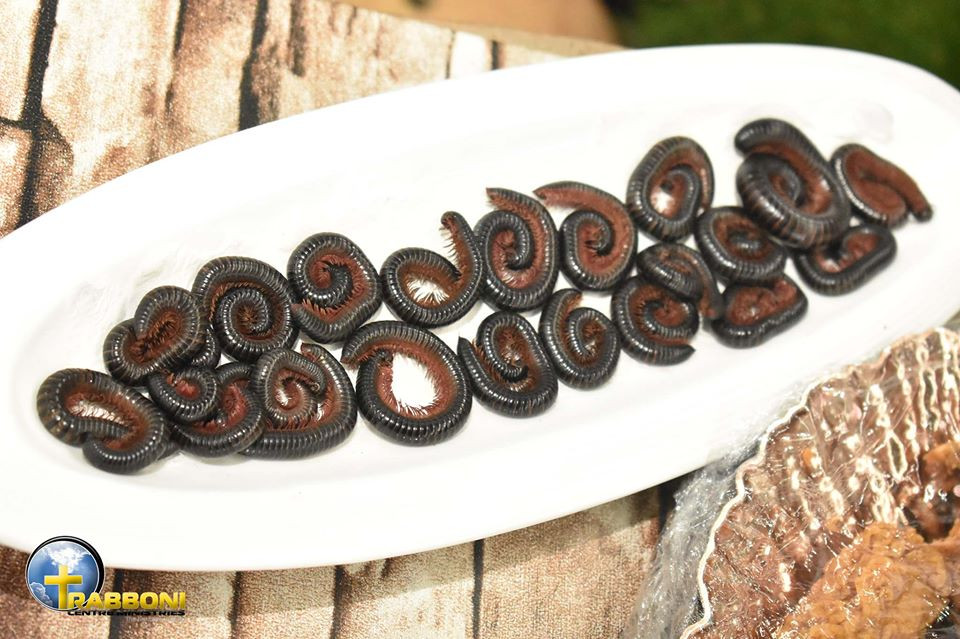 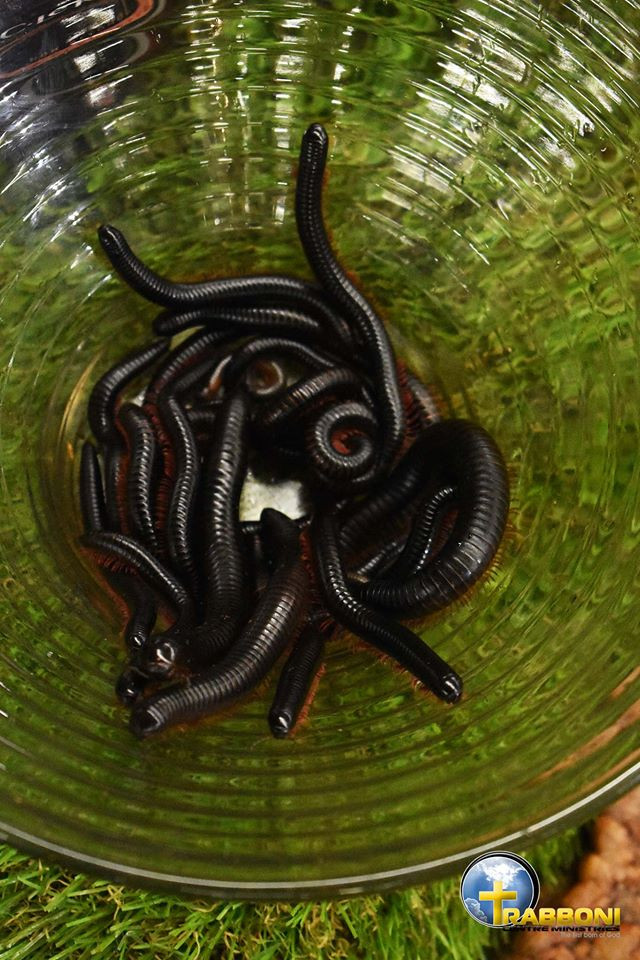 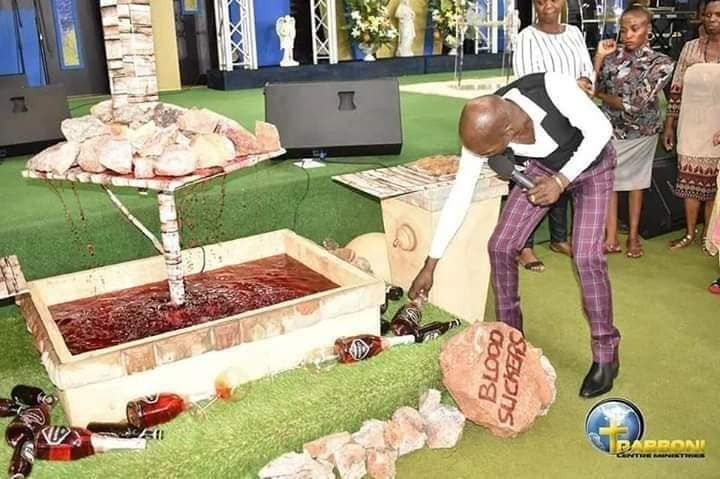 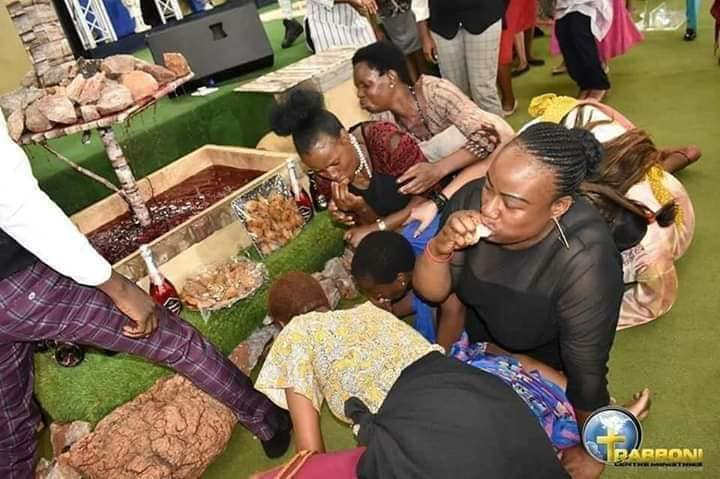 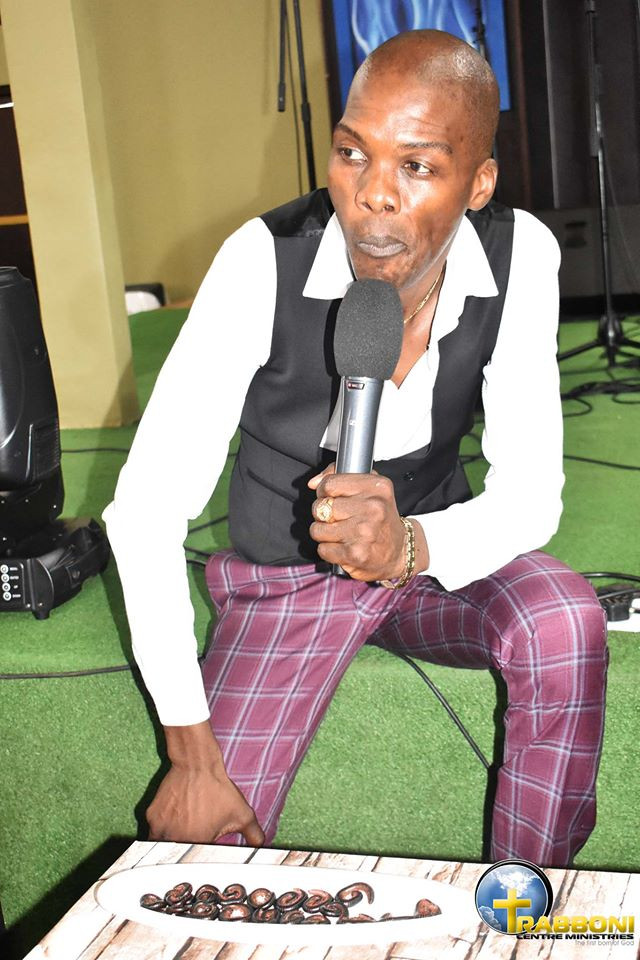 Recall that the South African Pastor had earlier fed his church members with grass to eat and petrol to drink.