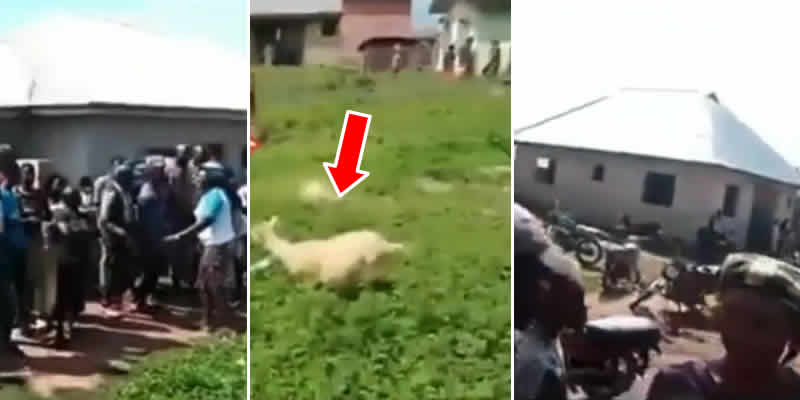 VIDEO: Ritualist turns to Goat in Ekiti after she was forced to pick ‘money trap’ she dropped on the ground

Drama was displayed when a suspected ritualist reportedly turned into a goat after being forced to pick up the money she dropped in Oganganmodu area of Ekiti state.

According to reports, she was said to have dropped the money, expecting that some unsuspecting school children passing by would pick it up.

She was then spotted by onlookers who quickly pounced on her and forced her to pick up the money.

She was allegedly said to have turned into a goat as soon as she picked up the money.

Watch the video from the scene below: