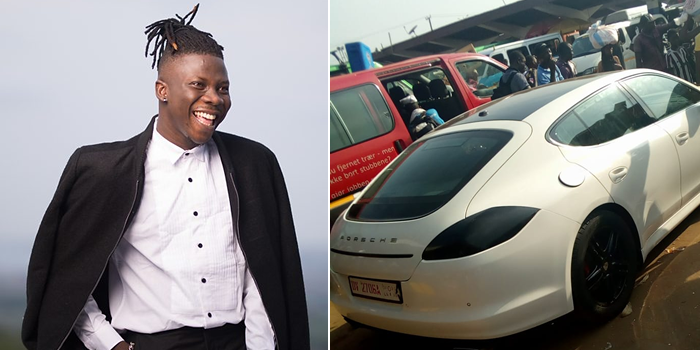 Ghanaian dance hall act, Stonebwoy has acquired a Porsche Panamera and decided to enter into his home city, Ashaiman in style.

The Ololo hitmaker unleashed his Porsche Panamera at the Voltic Art Gallery. The crowd couldn’t stop screaming when they spotted their favourite star.

In other news, a lady identified as Mizani got the  shock of her life as four of her nearest and dearest surprised her with a car for her birthday. Mizani Rev from Florida has four amazing friends – Jean, Quia, Taty, and Sara. The group made the ambition plan eight months prior to the big day. They used an app called Quapital and saved $25 (N8,000) every week for eight months until they had the funds.

There were some setbacks, being 22-year-olds on minimum wage jobs and having other commitments, but they got there in the end. They were able to surprise Mizani with the whip, which made her break down in tears.