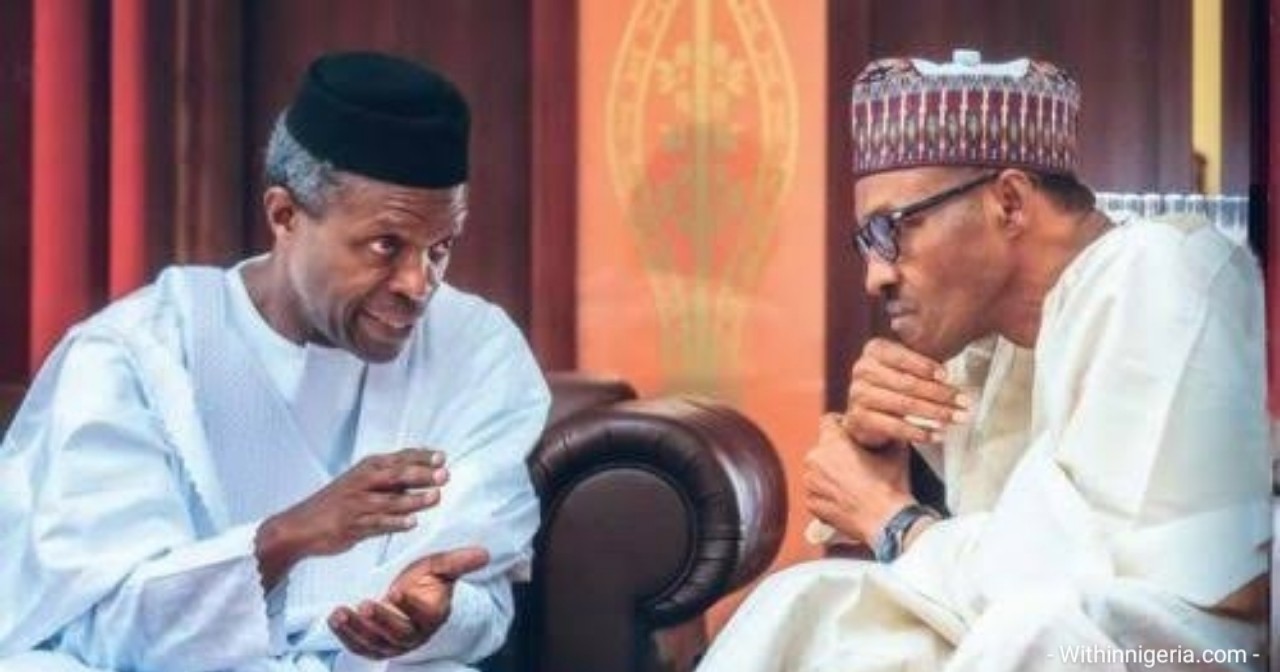 Barely minutes after President Muhammadu Buhari got back to Nigeria from his london’s visit, he has reacted on the trending issue of 35 people who were reportedly dismissed from the office of the Vice-President, Yemi Osinbajo.

There were speculations that there is an alleged silent war between the President and his vice which has aggravated and rumoured to have caused the termination of the appointments of 35 aides of the Vice-President.

Many Nigerians were of the opinion that the act was purposely done to force Osinbajo to resign from office.

While reacting to the reports, President Buhari said it’s regrettable that such a thing can be politicised.

“They said 35 people were sacked in Vice President’s office.  We just created a Ministry and we reorganized and people are giving it ethnic and political dimension. It is unfortunate” he said