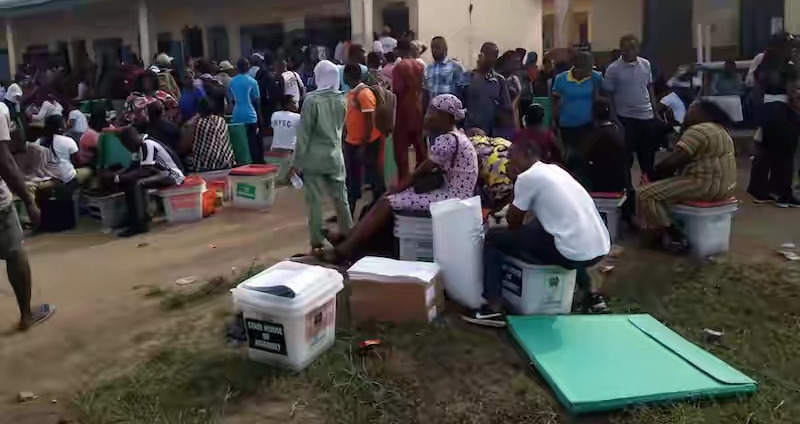 The Independent National Electoral Commission (INEC) has said the 30 Adhoc staff initially declared missing in Kogi State following mayhem arising from the disruption of election by gunmen have been located.

Rotimi Oyekanmi, media aide to the chairman of the Commission, Professor Mahmoud Yakubu disclosed in a statement that his boss has personally spoken with some of them and they confirmed that they were hale and hearty.

He recalled that the staff fled for their individual safety after the sporadic gunshots that disrupted the election in Olamaboro Local Government Area but none of them was neither injured nor killed.

“They were able to successfully conclude the result collation process before the commotion started.”

The statement further read in part:

The Chairman of the Commission has personally spoken with some of them and they confirmed that they are hale and hearty.

“These election-day duty staff could not be accounted for initially following the violent attacks by some armed thugs at their respective duty posts after the close of polls. The Commission has established that none of them was either injured or killed. They were able to successfully conclude the result collation process before the commotion started.

“The collated election results at Local Government Level are now being announced at the State Collation Centre at the Commission’s State Office in Lokoja.”