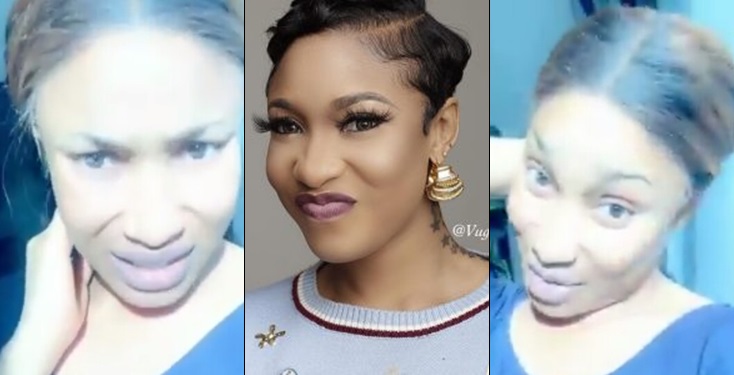 Controversial actress, Tonto Dikeh has finally spoken up about her alleged deportation from Dubai.

Her bestie, Bobrisky shared the video specifically for bloggers. In the video, Tonto Dikeh who was make-up free was captured speaking about her alleged deportation, according to her she is still very much in Dubai, and nobody can touch her as a “King Tonto”.

Recall that, the actress allegedly engaged in a fight with a security guard and the issue escalated, hence was whisked away to an unknown location.

Watch her speak up below