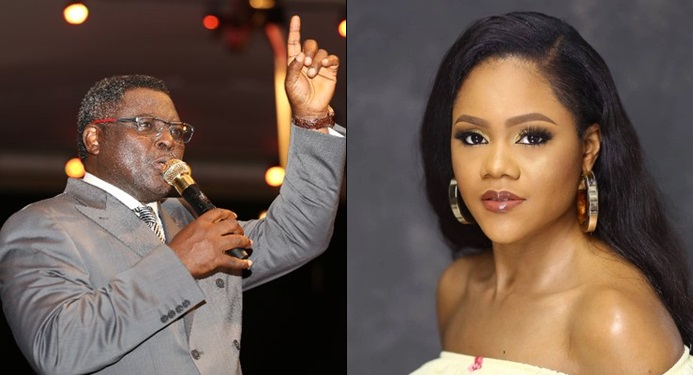 Matthew Ashimolowo who was one of those listed as witnesses by Busola Dakolo in her court papers was a guest preacher at COZA church this morning. The popular Pastor preached against the accusers of COZA senior pastor, Biodun Fatoyinbo and also fired up prayers against them.

Ashimolowo thanked God for the recent victory of Fatoyinbo, decreeing that the members of the church would also experience victories in their lives.

The clergyman while preaching described ‘Fault Finders’ as a set of people who do not want Christians to make it in life. He said Biodun Fatoyinbo has four things- Calling, Committment, Consencration and Covenant with God and that for anyone to come against him, they have to contend with these four things as Fatoyinbo, did not gatecrash but was ”called into the Ministry.”

The clergyman warned against jumping on every topic that is being discussed on social media. According to him, it is great to be on social media but it can also become the sword that kills a person.

Ashimolowo said another thing that can attack a Christian is Satanic accusers. According to him, Satanic accussation always goes before Godly promotion. He said Potiphar’s wife brought an accusation against Joseph but she didn’t realise that instead of stopping him, it lifted him. The clergyman reminded the congregation of how Portiphar’s wife had to come bow before Joseph who she falsely accused a while back.

He also listed Satanic condemners as people that attack Christians. According to him, because people use what they know against you doesn’t mean it stands against you.

“I may have even done what you said I did but I am not the man whom you say I am” he said as Biodun Fatoyinbo and others listened.

He went on to declare that people will come out to beg Pastor Biodun because God will so fight for him. Watch the video below