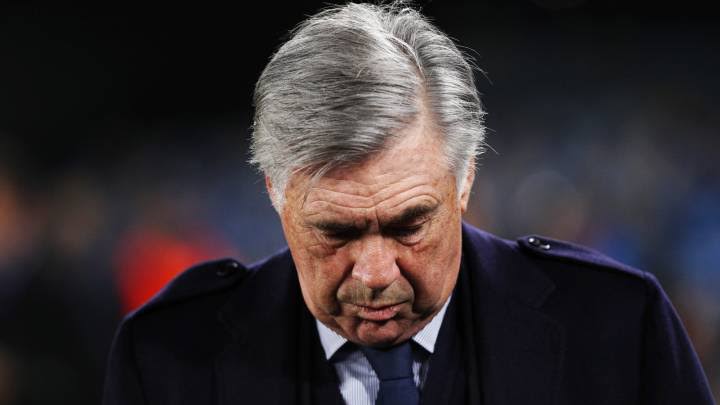 Napoli on Tuesday night sacked Carlo Ancelotti as manager just an hour after he led the club to the knockout stages of the Champions League with a 4-0 home win against Genk.

Napoli made the announcement on their verified Twitter handle.

“The friendship and mutual respect between the club, President Aurelio De Laurentiis and Carlo Ancelotti remain intact,” the club wrote on their handle.

Ancelotti’s dismissal had been widely predicted by the Italian media who said Napoli had lined up Gennaro Gattuso, fired by AC Milan at the end of last season, as his replacement.

Ekiti state government drags IGP to court over the sacking of…

Despite securing a Champions League round of 16 spot, Ancelotti had seen the club suffer a dreadful run of domestic results.

Napoli had started the season among the Serie A title favourites and were close to a famous draw in their second match of the season when they came from 3-0 down to level it up at 3-3 away to Juventus, only to lose through a calamitous Kalidou Koulibaly own goal in stoppage time.

A 2-1 defeat away to Roma led president Aurelio De Laurentiis to order the players into a week-long retreat.

However, after Ancelotti publicly said he was against the ideas, the players refused.

That decision saw the entire first team fined 25% of their monthly salary but results did not pick up.

Meanwhile, the former AC Milan, Real Madrid and Chelsea boss has been linked with the vacant managerial positions at Arsenal and Everton.

He has won numerous laurels in his managerial career. Some of his achievements include the Premier League and FA Cup with Chelsea, Serie A and Champions League with AC Milan, the Bundesliga title at Bayern Munich and the Champions League title at Madrid.