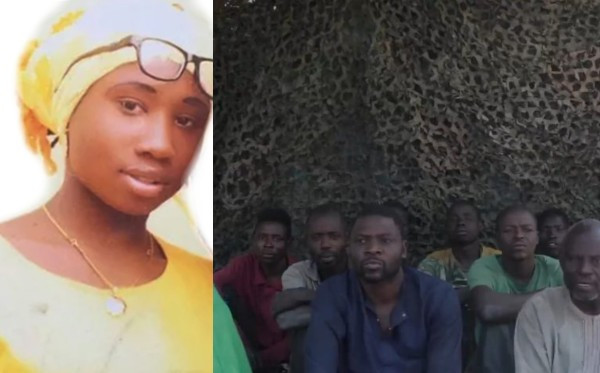 A lecturer at the College of Education in Gashua, Yobe state identified as Bitrus Bwala has reportedly revealed that Leah Sharibu is alive.

This disclosure was made by the lecturer who spoke from the Boko Haram Captivity in a new video shared by Ahmad Salkida ( a renowned journalist who have access to Boko Haram group).

Inside the video, the lecturer can be seen appealing to President Muhammadu Buhari and the Christian Organisation of Nigeria (CAN) to help him and other captives regain their freedom.

While appealing to President Muhammadu Buhari, Bwala confirmed that the insurgents killed four out of five abducted aid workers of Action Against Hunger (AAH).

“I am a principal lecturer with College of Education, Gashua, Yobe state. I was on my way to my station on the 27th of November 2019 that I was abducted.

“I appeal to the federal government to come to our aid. As you can see behind me are fellow Christians who were arrested on various points. I equally appeal to Christian association to do whatever is within their reach in order to rescue us because when we came, we saw some workers here, particularly workers with food organisation, however, shortly, they were executed.

“We also saw that the government has not done enough that is why Leah Sharibu is still with this group. We, therefore, appeal to President Muhammadu Buhari.”