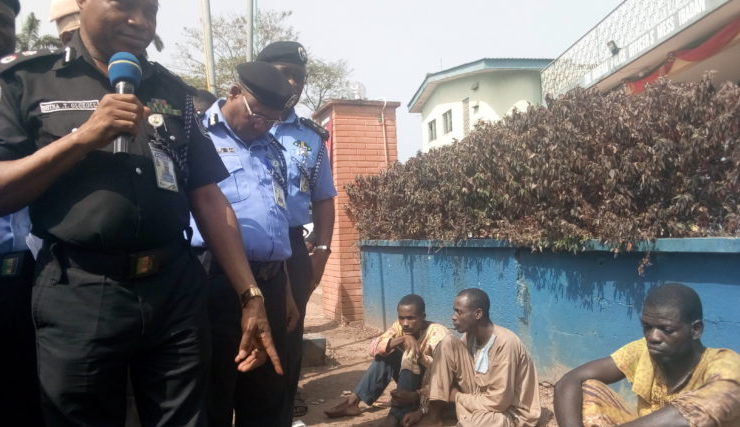 Police arrest Okada rider for allegedly abducting a woman, raping her and beheading her son

WITHIN NIGERIA learnt that the suspect allegedly raped the woman and severed the head of the boy at his house in Igbo-Ora community in Ibarapa Central Local Government Area of the state on December 9th.

The State Commissioner of Police identified as Shina Olukolu revealed that the woman and her deceased son had boarded a commerical motorcycle on December 8th with Gbenga as the driver.

“However instead of taking them to their destination, he took them to his house where he raped the woman and then killed her son, he said.

This revelation was made by the State Commissioner of Police while parading the suspect before journalists on Friday, December 20th.

“The following day, December 9, the motorcyclist took the victim’s son to another room in the house where he beheaded him with a cutlass. He confessed to having dumped the remains of the boy at a nearby bush beside his house, where they were recovered and deposited at the General Hospital mortuary for autopsy,” CP Olukolu said

The suspect told newsmen that he liked the deceased and intended to marry her.

According to him, while he was taking the deceased to her destination, he asked her out and she agreed. He maintained he doesn’t know why he killed her son.

The suspect said he had previously married two women but the two had left him and that was why he became desperate to marry another woman.

The police commissioner said the suspect will be arraigned in court soon.

The Legend of Inikpi: Mercy Johnson releases teaser for her first movie as a producer (Video)