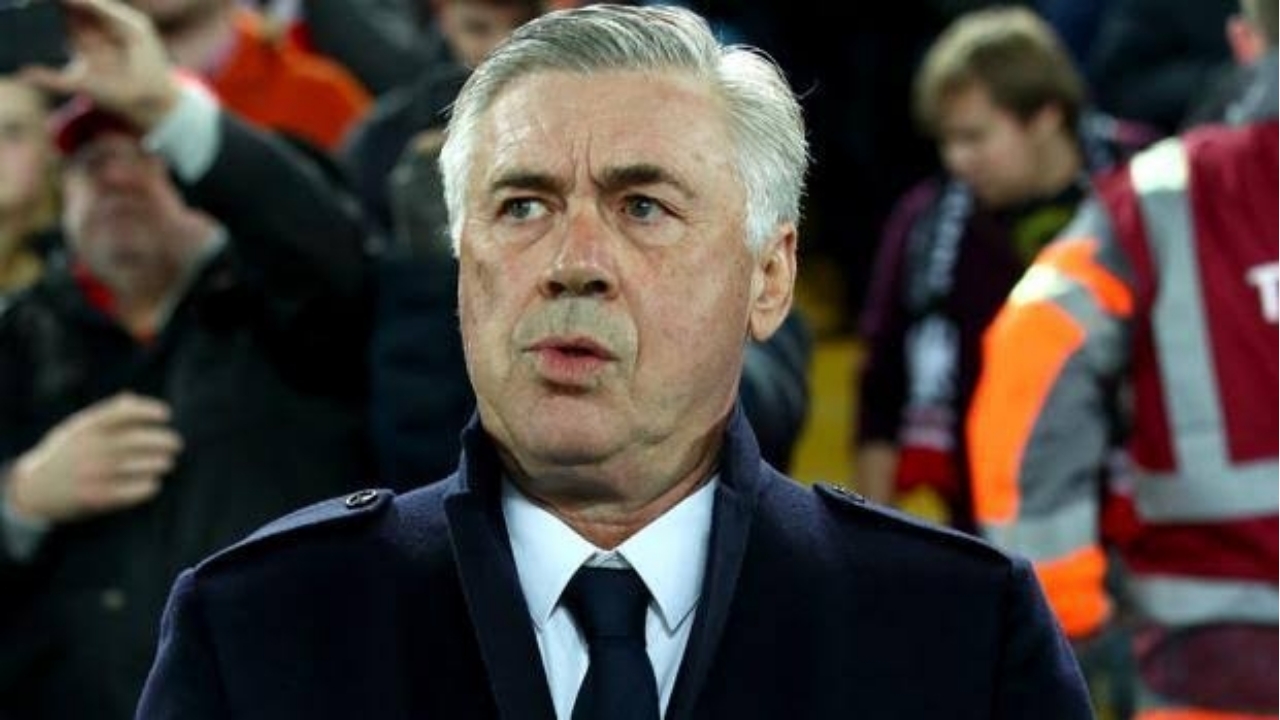 Everton on Saturday announced Carlo Ancelotti as the club’s new manager on a four-and-a-half-year contract.

The Merseyside club made the announcement on their official website before the home Premier League game against Arsenal.

Ancelotti who was fired by Serie A club Napoli earlier this month, takes over from Marco Silva, who was dismissed by Everton on 6 December.

A statement by the club reads in part: “Everton is delighted to confirm Carlo Ancelotti as the Club’s new manager.
“One of the most successful managers in world football, having won 20 trophies including league titles in four different countries and the Champions League three times, Ancelotti has agreed a four-and-a-half-year deal that runs until the end of the 2023/24 season.

“He is attending today’s Premier League match against Arsenal at Goodison as a spectator with the Club’s Owner and Chairman prior to meeting the players and taking up his new role from Sunday.”

Ancelotti’s first match will be the visit of Burnley to Goodison Park on Boxing Day, Thursday 26 December.

Speaking to evertonfc.com Ancelotti said: “This is a great club with a rich history and a very passionate fan base. There is a clear vision from the Owner and the Board to deliver success and trophies. That is something that appeals to me as a manager and I am thrilled at the prospect of being able to work with everybody at the Club to help make that vision a reality.

“I have seen from the performances in the last two weeks that the players are capable of so much. The work Duncan has done is a great credit to him. Strong organisation, strong discipline and the right motivation are some of the key ingredients in football and I’m pleased that he will be part of my backroom team moving forward.”

During his time at AC Milan, Ancelotti led the Italian giants to the Serie A title and two UEFA Champions League.

The 60-year-old joined Chelsea in 2009 after eight years with Milan, and won the Premier League and FA Cup double in his first campaign in English football.

After leaving Chelsea in 2011, Ancelotti went on to end French club Paris Saint-Germain’s 19-year wait for a Ligue 1 title in the 2012/13 season.

He went on to succeed Pep Guardiola at Bayern Munich and seal the 2016/17 Bundesliga title by a 15-point margin from RB Leipzig.

He managed Napoli from May 2018 until December this year, finishing Serie A runners-up to Juventus in his one full season and managing the team to last 16 of CL this season in his last game in charge.