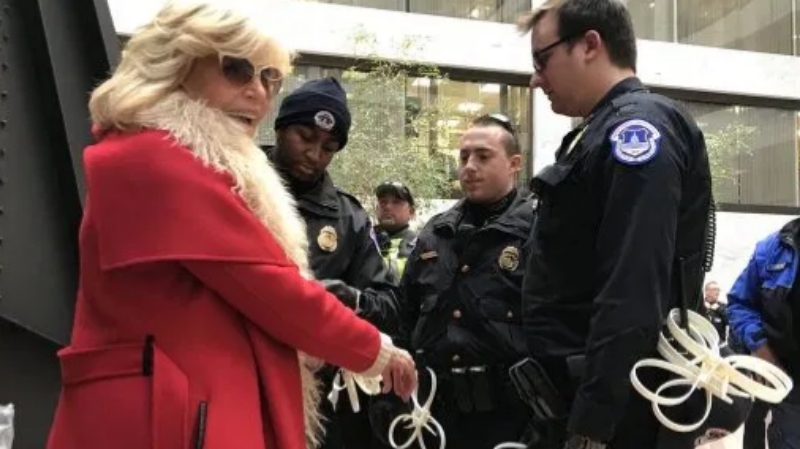 WITHIN NIGERIA learnt that Jane Fonda had earlier given a speech in front of a sign that read, ‘Happy 82nd birthday, Jane!’ before she was arrested by the police.

According to reports, Fonda has been protesting weekly during her Fire Drill Fridays since announcing she was moving to Washington “to be closer to the epicentre of the fight for our climate.”

Her participation has ended in multiple arrests. She was arrested alongside several other protesters Friday. Of the 138 arrested, two were kept overnight.

The group sang ‘Happy birthday’ to Fonda as she was led away in handcuffs. Friday’s march was another celebrity-studded affair. Rosanna Arquette, Gloria Steinem and Casey Willson were arrested at the protest, too.

She was released on Friday night, according to her rep, Ira Arlook.