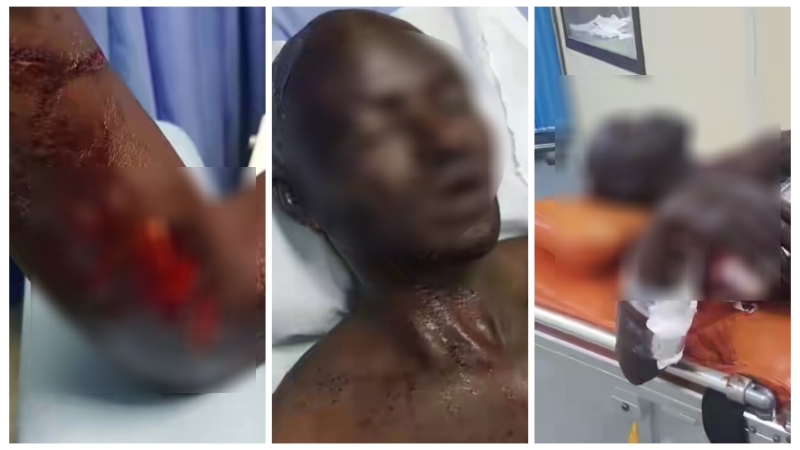 A staff of Daniel Security Services situated in Ikoyi Lagos identified as Muyiwa was allegedly attacked by yet-to-be identified area boys on the directive of his employer, the proprietress of the private school where he works.

The sad incident occured inside the premises of a private school named Kotright international school situated in Ikate Lagos.

According to the victim’s relative who disclosed that Muyiwa told him that he was at his duty post on Christmas day, took two iron rods which he intend to use for the construction of weight lighting.

The nephew revealed that the facility manager recognised as Uthman did not allow him to take this two pieces of iron rods and Muyiwa dropped it.

These miscreants came into the school premises and whisked him away to their joint right behind the school and butchered him and stab him in many place leaving him in the pool of his blood, he said.

According to reports, the relative of the security staff further revealed that one of the managers of the company rescued him and took him to an undisclosed hospital in Victoria Island before he was transferred to Lagos State University Teaching Hospital.

He further stressed that they have reported the incident at the ilasan police station situated in Lagos but the woman identified as Margaret has not been arrested and therefore appeal that she should be arrested.