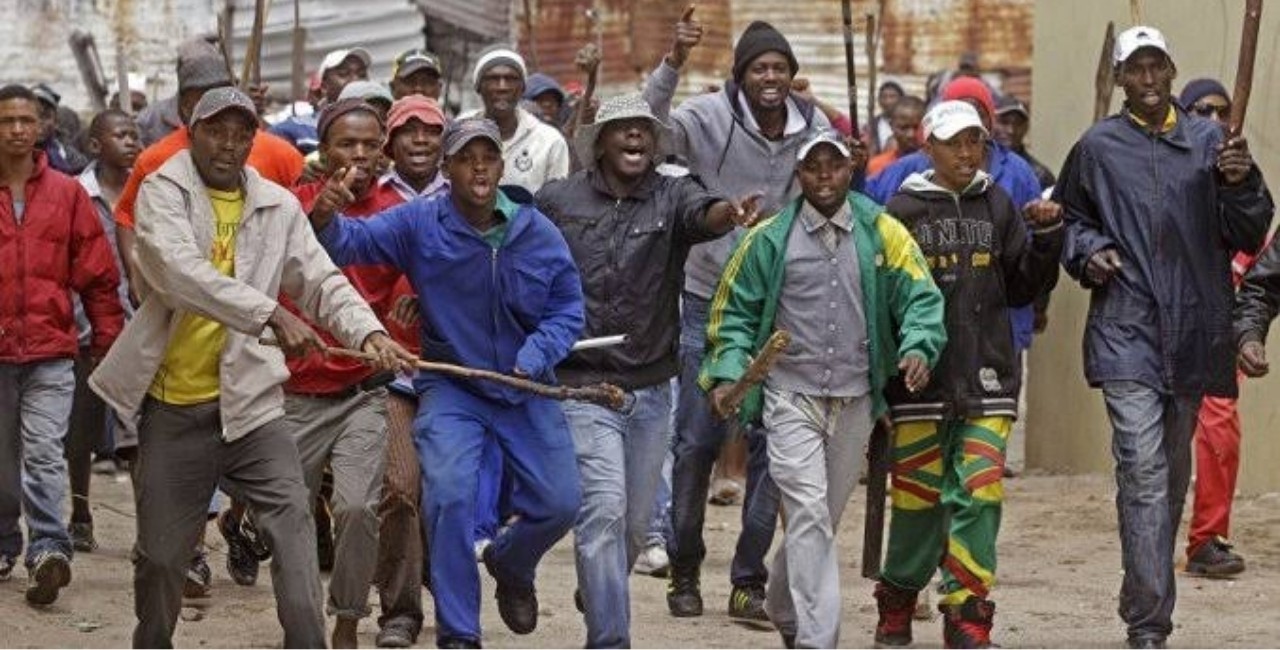 Another crisis rocks South Africa as some indigenes of Keimoes and Upington areas of northern cape province in South Africa, on Thursday morning, gave Nigerians and other foreign national a 12-hour ultimatum to vacate their communities.

Adetola Olubajo, president of Nigeria Union in South Africa, disclosed this in a statement on Thursday.

Olubajo said the development was as a result of an “ugly incident” that took place between a police officer and a Nigerian on Wednesday.

He said the Nigerian, an indigene of Abakaliki in Ebonyi state, allegedly stabbed to death the police officer, Nico Visagie, during a disagreement.

Olubajo said the details of the disagreement were still not very clear as the “major witness” was also stabbed multiple times and was still in critical condition at the hospital.

“After the horrific incident, the community members of Keimoes and environs went on rampage burning and destroying properties belonging to foreign nationals, Nigerians in particular,” he said.

“These attacks spread to Upington and Nigerians and other foreign nationals were also expelled from Upington.

“Prompt Police intervention this morning brought about calm but the situation is still tensed. Some locals were arrested by the police for public disturbance and malicious damage to properties.

“They appeared in a magistrates’ court this morning for bail hearing.”

He added that the suspect who stabbed the police officer had been arrested and would appear in court on or before Monday.

“We commend the swift intervention of the members of the South African Police Service (SAPS) and the arrest of the suspect is a welcome development,” he said.

“We hope the police will continue to maintain law and order in the area.”

There was tension in August following xenophobic attacks in South Africa and reprisals in Nigeria.

Many Nigerians were forced to leave the country while a diplomatic face-off was prevented between Nigeria and South Africa.

President Muhammadu Buhari had visited the country in October and both nations renewed their diplomatic ties while President Cyril Ramaphosa apologised to Nigerians.

Presidency refutes report of attack on Buhari in Kebbi