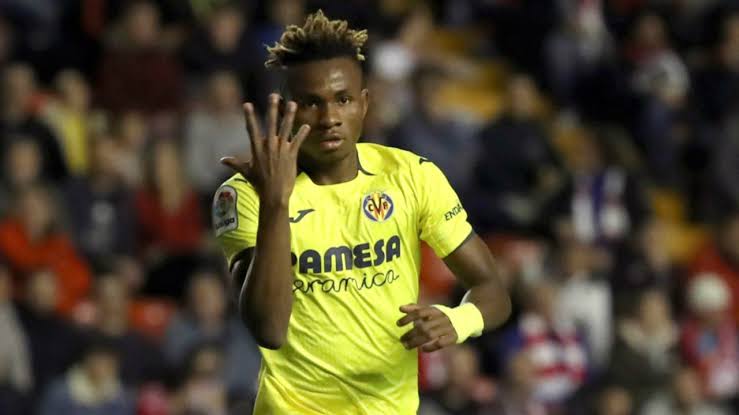 Liverpool are reportedly considering making a bid for Villarreal’s Samuel Chukwueze as they look to add strength in depth to their front line.

The 20-year-old has been attracting interest across Europe following his fine performances in La Liga, and it is thought that Villarreal would accept a bid of around £34m for the player.

Chukwueze first caught the eye when he helped Nigeria win the Under 17 World Cup in 2015, and since then he has progressed into an important first-team player for Villarreal.

French side Lyon are among those said to be monitoring Chukwueze, but according to Foot Mercarto Liverpool are also considering making a move.

The Reds have already made one signing this month with the acquisition of Takumi Minamino from Red Bull Salzburg, and the addition of Chukwueze would provide yet another option to their fearsome attack.

Chukwueze came through the academy at Villarreal and broke into the first-team last season, making 38 appearances in all competitions and scoring eight goals.

So far this season he had made 18 appearances in La Liga, scoring three goals and creating one assist, and it would be a big blow for Villarreal to lose one of their most promising players.