British-Nigerian Reality TV Star, Khafi escaped unhurt from a car accident she suffered yesterday in Lagos. The former British police officer who disclosed that she was shaken by the incident, said it took three men to lift out her car.

The recently engaged star further disclosed that she remembered she is a goal-getter after almost saying she won’t be driving over the incident which occurred yesterday January 17.

So I drove my car into a gutter yesterday. It took 3 men to help me lift the car out and I was really shaken by the whole thing. I almost said I’m never going to drive again. But then I remembered I’m a #GoalGetter, we don’t give up so easily!! 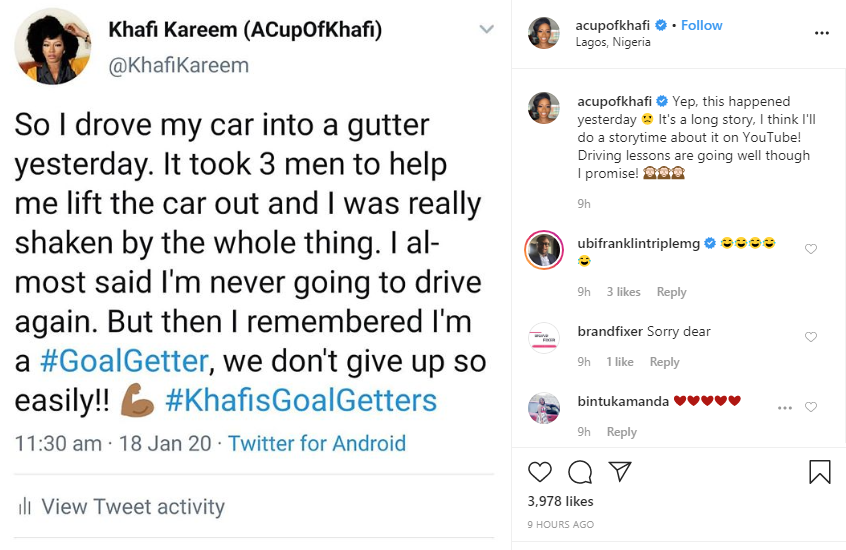