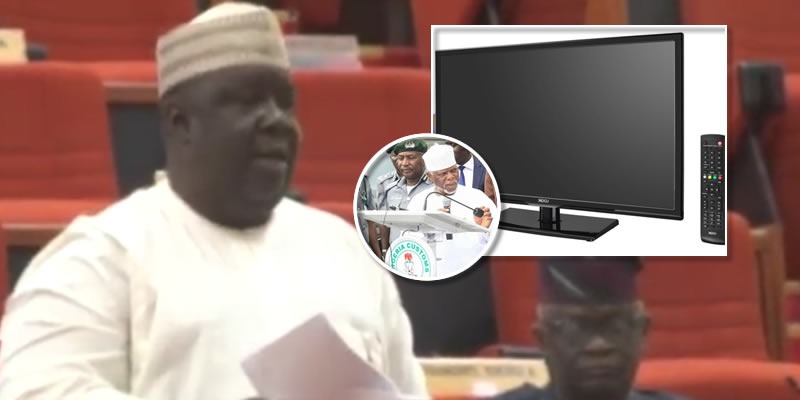 A Nigerian senator during plenary has raised an alarm slamming the Nigeria Customs Service for budgeting the sum of N128m to purchase television sets and expressed his dissatisfaction over the budget which he termed as “misplaced of priority”.

While addressing the plenary, the Senator stated that Nigeria Customs demanding for vehicles worth billions, television sets worth millions, all these demands are relatively less in value with the funds allocated to computers and information technology.

The Senator stated that bringing institutions into conformity should be the major goal of the senate; what brings results, comfort to the public and what can make the nation proud.

He further disclosed that “If we are to engineer our custom along the line of normal standard, there is no how the parliament would sit down and say that they have approved this budget.

He added that we (Senate) must not continue to condone this kind of situation in the senate. We must stand on our feet; that is the only way we can be seen to be working on the path of justice and charity to others.

We must look at the budget very well. Look at the expenses. Infact, I would have been happier if this money is coming to my state. Are the Custom officials working or watching televisions? Where are the Televisions we bought in the past?, a sad senator asked.

Boy in viral ‘calm down’ video speaks on incidence