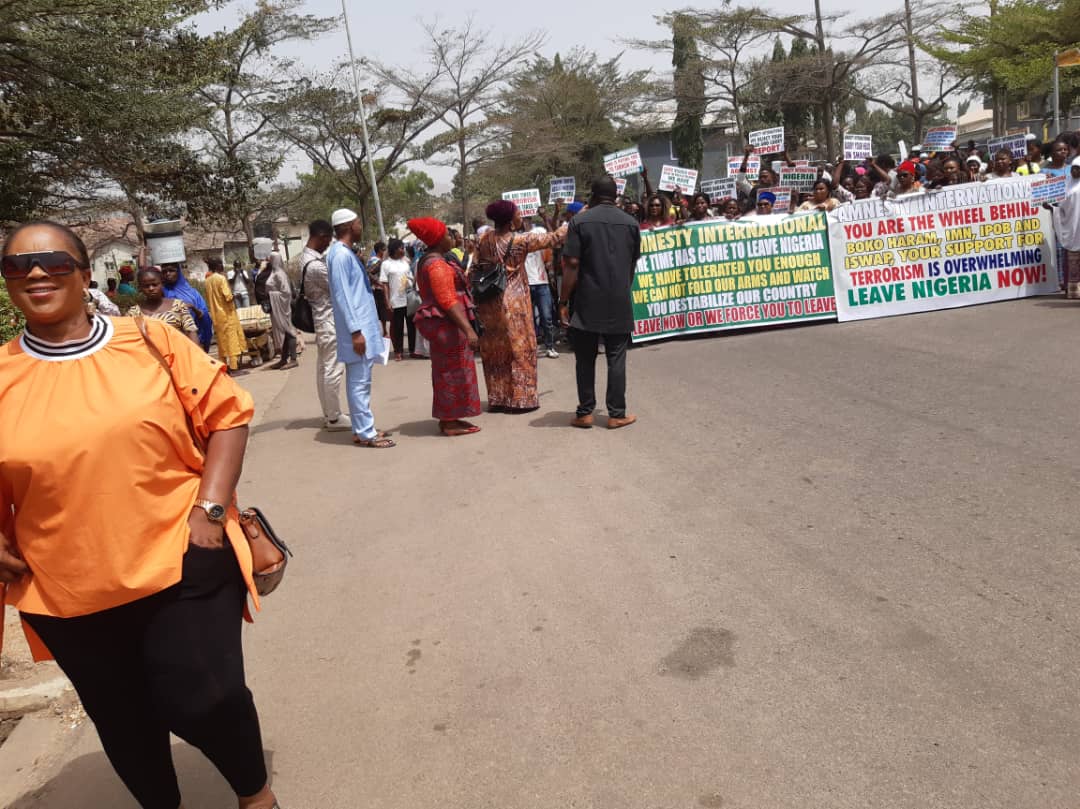 For the second day on the spin, Nigerians took to the streets of the Federal Capital Territory, Abuja, demanding the expulsion of Iranians, Amnesty International and others fingered to be destabilising the country.

After Monday’s peaceful rally to the Iranian Embassy, led by the Concerned Citizens Coalition (CCC), these Nigerians, on Tuesday, took its displeasure to Amnesty International’s office.

In a statement by Convener, Mohammed Shuaibu, the group said it is time for A.I to leave as it has overtime acted against the nation’s interest. 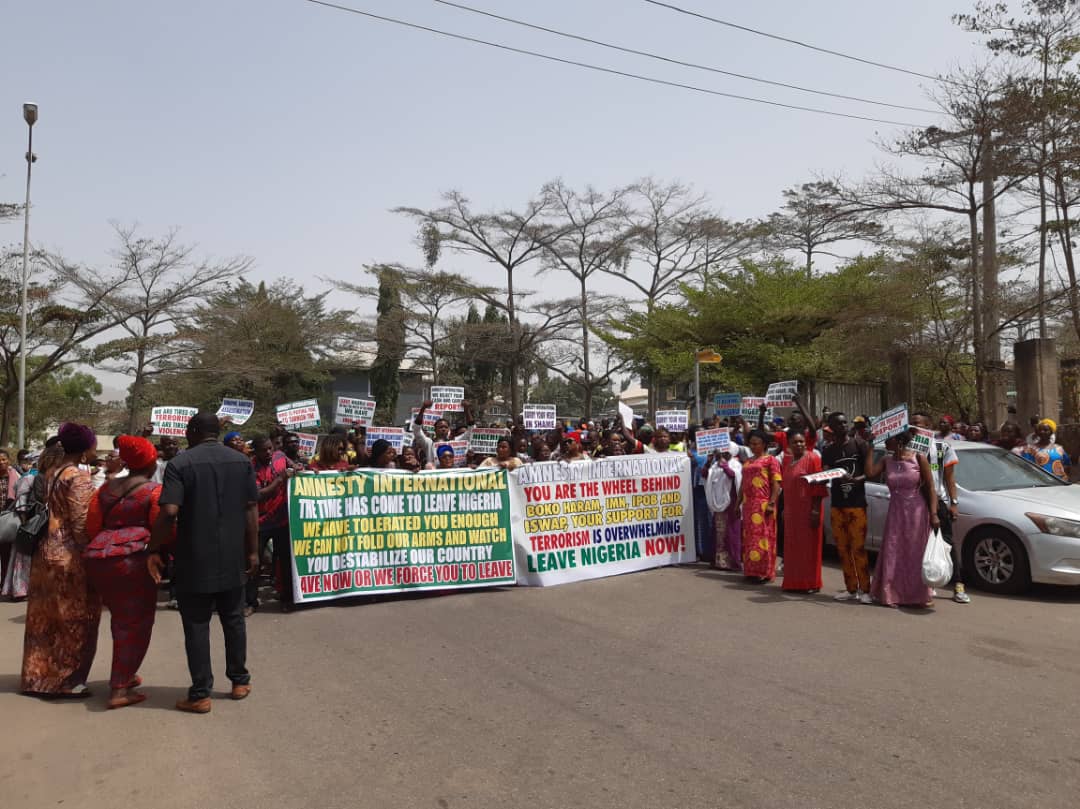 According to Mr Shuaibu, Amnesty International entered a strategic pact with the Iranian government to provide protection for Islamic Movement in Nigeria and other militant groups.

While urging the security agencies to act fast, the Concerned Citizens advised A.I to “take their loot from Iran to other gullible countries where they can act as they wish.”

Failure to do so, however, the CCC added that Nigerians would indeed hold it responsible should there be a resurgence of violent and criminal activities in the country.

We come in peace as Concerned Citizens of Nigeria in Nigeria under the umbrella of The Concerned Citizens Coalition with an overarching objective to promote the ideals of good governance and a strong and viable Nigeria through the instrument of advocacy.

We are gathered here in accordance with this mandate to protect the interest of Nigeria against those individuals and organizations that are conspiring to truncate our nascent democracy and ultimately set Nigeria on the path of disintegration. 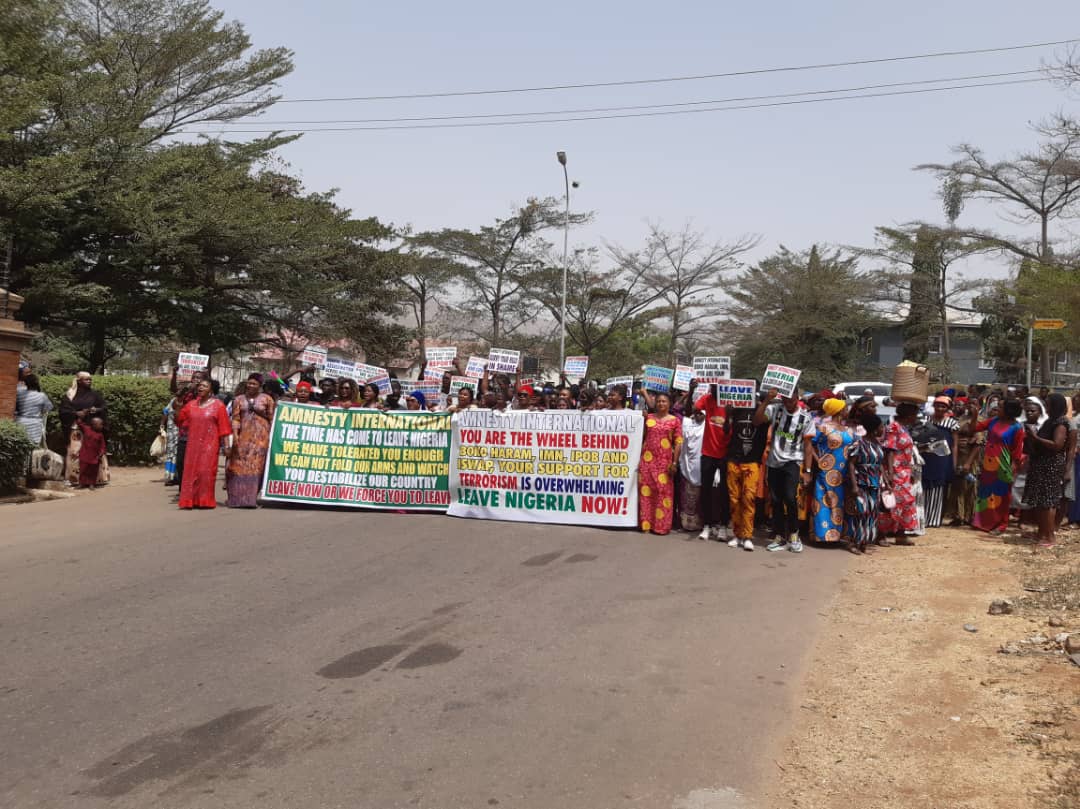 We have stated in numerous forums that indeed, some organizations in Nigeria are acting against our interest by masquerading under acclaimed international organizations working in the interest of the enthronement of peace, while in truth, they are nothing but agents some foreign countries that do not want the progress of Nigeria.

We boldly wish to state that Amnesty International (AI) and its operations in Nigeria have indeed been a source of concerned for most Nigerians in the sense that they have constituted themselves as clogs in the wheels of progress in Nigeria through their often unsubstantiated reports and releases tuned to set Nigeria on the path of disintegration.

That Amnesty International has continued to remain in Nigeria is a great disservice to us as a people and as a country due to the multiple pieces of evidence that indicate that it is indeed working for vested interest and, as such, lost its credibility in all ramifications.

The Concerned Citizens Coalition is not oblivious of the recently hatched plot by the Government of Iran to cause chaos in Nigeria through the sponsorship of proxy groups and organizations to undertake ventures that are inimical to the interest of Nigeria and also injurious to our nascent democracy. 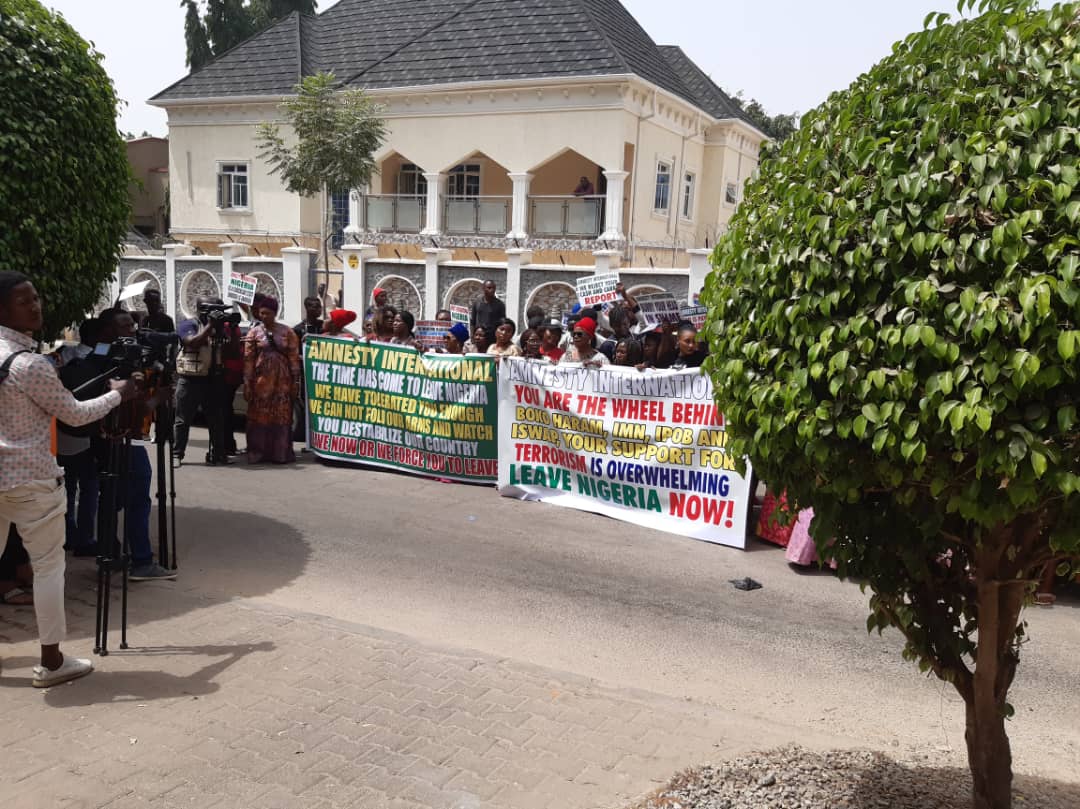 We wish to state that the Government of Iran has indeed committed a colossal sum of monies in this regard, and some of the beneficiaries are Amnesty International, the Islamic Movement in Nigeria, and other proxy groups that are springing up in various parts of the country under different curious nomenclatures.

We are indeed aware that Amnesty International has entered a strategic pact with the Government of Iran to provide protection for the IMN and other militant groups that have been established for the sole purpose of causing mayhem in the country.

This fact is undeniably inimical to the peace and stability of Nigeria, and there is no moral justification for such a dubious organization to continue to operate in Nigeria under whatever guise.

This is also aside from the numerous ways Amnesty International has attempted to cause crisis in Nigeria through its propagandist reports tailored to suit their paymasters. This position was what gave rise to the calls for the expulsion of Amnesty International from Nigeria in times past, and it seems they cannot desist from their dubious intention against the Nigerian state. 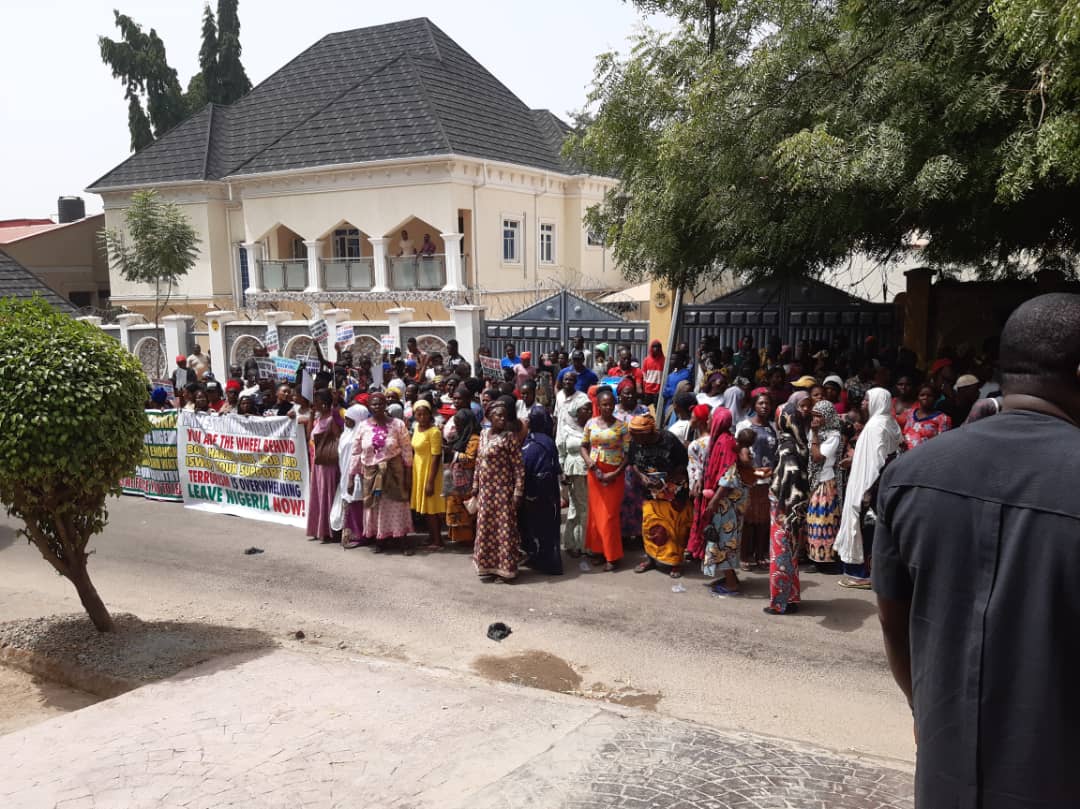 That Nigerians decided to tow on the side of caution is not an indication of weakness, but a display of the true Nigerian spirit that is abounding in love and tolerance. But this time around, we have decided to take the bull by the horns by demanding that Amnesty International must leave Nigeria as a matter of urgency and national concern.

Amnesty International represents everything that is against the interest of Nigeria in the sense that their contribution to the buoyancy of the Boko Haram/ISWAP terrorist group in North-East Nigeria is legendary through concocted and fictions reports that makes a mockery of human rights evaluations and compliance.

Their tact support for militant groups like the Islamic Movement in Nigeria and the Indigenous People of Biafra have also been phenomenal in the sense that it is sufficing to state that they are a part of these organization through the spread of propaganda aimed at causing a distraction and undermining the efforts of Nigeria in the fight against terrorism and other forms of criminality in Nigeria. They have, through their actions, been painting the Nigerian government as incapable and carrying out acts that violate human rights, whereas the reverse has been the case.

We cannot continue to keep quiet to this anomaly if we are indeed desirous of seeing Nigeria remain united and prosperous as a country. The time to act is indeed now.

Our demand is simple and in the best interest of the generality of Nigerians. Amnesty International must leave Nigeria, for we cannot afford the luxury of harboring organizations that are in bed with terrorist networks around the world. We cannot also afford to allow the blood monies received by Amnesty International from Iran to infiltrate the nook and cranny of Nigeria as the result would be the spread of violence of unimaginable proportion.

Nigerians are more united more than ever in this resolve to see to the closure of the offices of Amnesty International in Nigeria, and it is our firm belief that the relevant authorities in Nigeria would act in the best interest of Nigeria in this regard.

Nigerians are not fools. We have tolerated enough and have consequently decided to act to save our beloved country from imminent collapse by the threat posed by Amnesty International and their cronies.

We advise them to take their loot from Iran to other gullible countries where they can act as they wish. But not Nigeria. They can go for all we care as there is no business with light and darkness.

We consequently give a charge to the relevant authorities to act fast in the light of the abounding pieces of evidence of the shameful acts of Amnesty International against Nigeria. Our security agencies must investigate their operations in Nigeria in the past five years, which would include sources of funding to avoid such anomaly in the future.

We wish to sound a note of warning to Amnesty International that pending their departure from Nigeria; Nigerians would indeed hold it responsible should there be a resurgence of violent and criminal activities in Nigeria.

A word is indeed enough for the wise. Nigerians are watching, and the world is indeed watching.